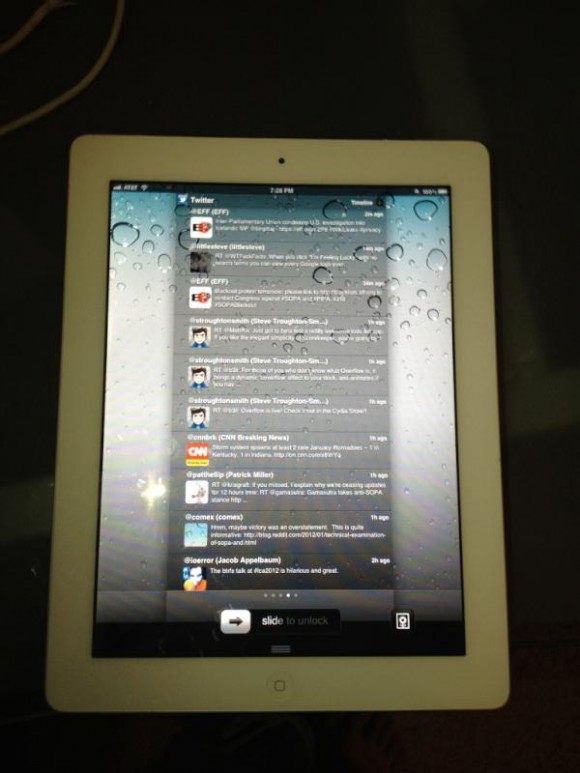 By now, most of you are familiar with the jailbreak application known as IntelliScreenX. The utility, which only works on devices running iOS 5.0+, was introduced by Intelliborn in mid-October last year.

Well, planetbeing, who is a member of the so-called dream team of hackers working on the A5 jailbreak, just tweeted a photo of IntelliScreenX running on his iPad 2 (shown above)…

Along with the picture, planetbeing tweeted this short message: “Been a productive day. Relieved to find out IntelliScreenX (an app I helped write) works on the 4S and iPad 2. :)”

The image and the tweet are good signs for a couple of reasons. For one, it shows that the jailbreak is stable enough for planetbeing to install Cydia packages. And two, this marks the third time in the last few days that we’ve seen an untethered jailbreak running on an A5 device. Yesterday we saw Dustin Howett show off a jailbroken iPhone 4S on video, and just hours ago pod2g posted a photo of his jailbroken iPad 2.

As the old saying goes, “where there’s smoke, there’s probably fire.” So with all of these jailbroken A5 devices floating around, we figure we can’t be too far away from a public release. As always, we’ll let you know the moment we hear anything.