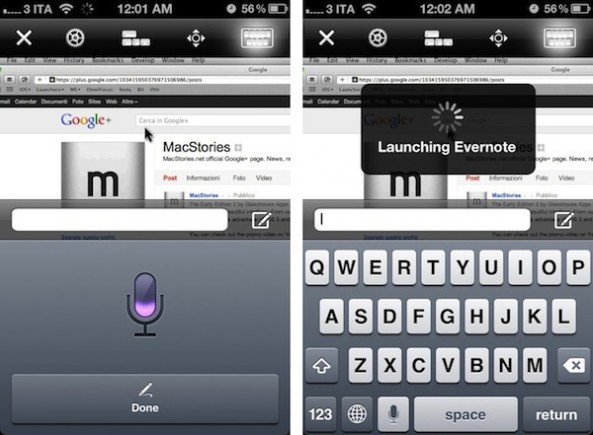 Have you been itching to control your Mac with Siri your iPhone 4S? iTeleport for iOS and the Mac lets users launch Mac apps with their voice via the miracle of VNC technology.

While other popular VNC apps, like Screens, let you control your Mac from your iPhone or iPad, iTeleport is the first app to take advantage of Siri on the iPhone 4S. You can simply say “Launch Safari” from your iPhone to open the app on your desktop computer.

According to MacStories, the app’s most recent update does indeed allow app launching with Siri on the iPhone 4S. While the method isn’t totally streamlined, it’s an interesting proof of concept.

For the Mac version of iTeleport, Lion support and voice-controlled app launching makes this a viable VNC client for those that want to control their desktop on the go from an iDevice. iTeleport uses Google’s Talk protocol to authenticate and join devices, so you don’t have to be on the same home network to control your Mac from the iPhone or iPad.

When iTeleport is installed on the iPhone 4S, one can say “Launch [insert app name]” to open a Mac app remotely. When the iOS keyboard comes up, iPhone 4S owners have the mic icon for Siri dictation. Instead of merely pasting dictated speech into the text field, iTeleport will intelligently recognize the “launch” command and automatically open the desired app on the Mac.

After testing the feature, MacStories seems to think that the method works pretty well. Siri seems to work fine and recognize most app names.

You can download iTeleport for iOS in the App Store for a hefty $19.99. The iTeleport Connect Mac app is available for free.