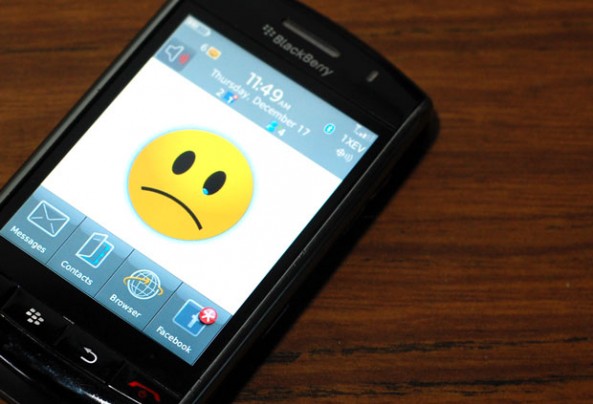 RIM’s e-mail and messaging services underwent serious outages recently, which could also be directly affecting the increased number of Blackberry trade-ins. Android trade-ins also jumped 72% during the past month, with the majority of sales reportedly coming from Sprint customers.

Gazelle’s “Chief Gadget Officer’ Anthony Scarsella told CNET that this is “easily the highest volume of BlackBerry trades ever seen period.” That includes a “spike” following this month’s outage. “In the grand scheme of BlackBerry growth over the past month, it can be pretty much entirely attributed to the launch of the iPhone 4S,” Scarsella said.