AnandTech has released Geekbench scores for the iPhone 4S that reveal details about the smartphone’s processing speeds. The iPhone 4S is also compared with the iPad 2, iPhone 4, and other competing handsets on the market. 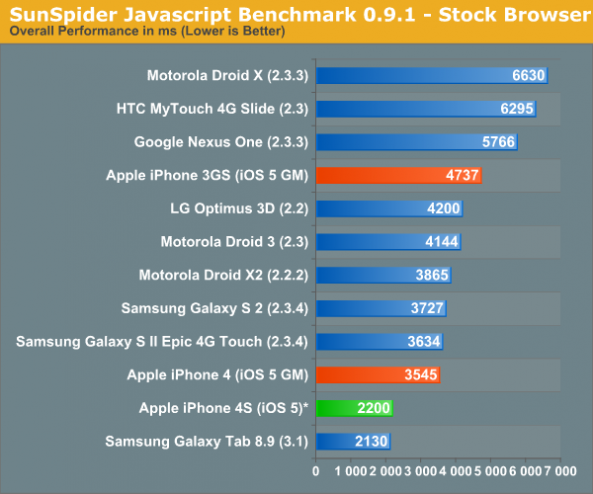 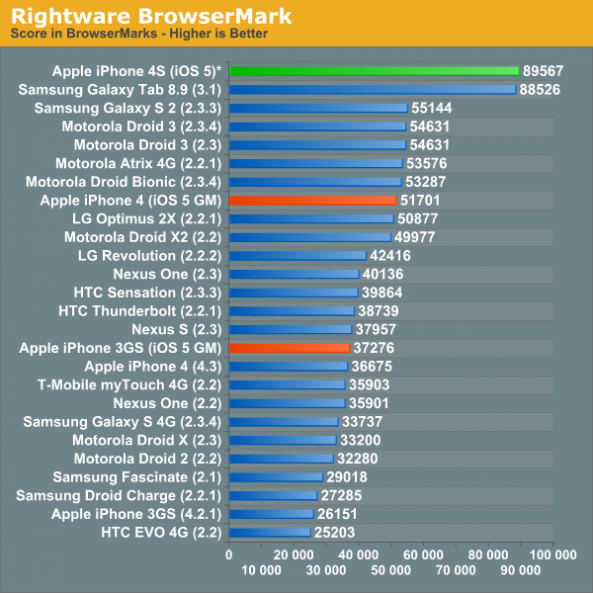 GPU scores for the iPhone 4S beat out top of the line competitors, like the Samsung Galaxy S II, Samsung Infuse 4G, and Motorola Droid Bionic. All of the high-end Android handsets boast processors with higher clock speeds, but Apple’s A5 still has faster performance. 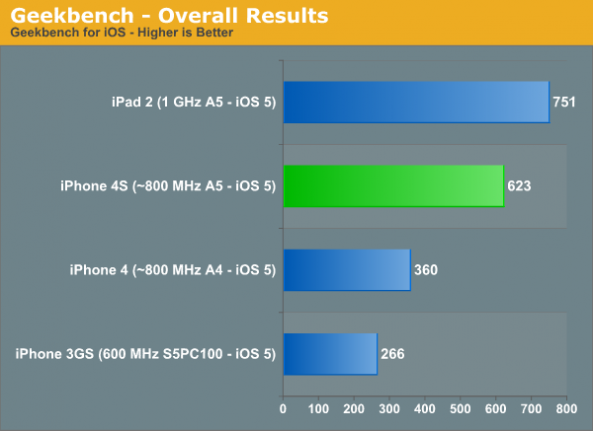 AnandTech’s findings also reveal that lowering the clock speed on the iPad 2 to the iPhone 4S’ 800MHz CPU creates better battery performance. This likely explains the reason that Apple clocked the iPhone 4S’ processor down from 1GHz.

The fact that Apple makes its own silicon and software means that the iPhone has the upper-hand over Android handsets. Smartphone makers experience fragmentation when attempting to create hardware and software interaction with Android, while Apple offers a deeply-integrated experience.