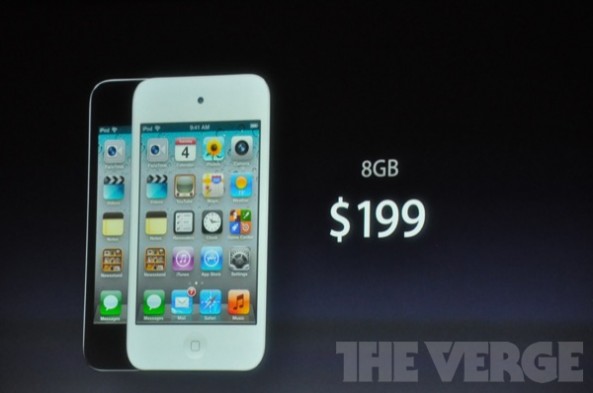 Next Up in Apple’s line of announcements today are some minor updates to its iPod line. First we have the iPod Nano, which disappointingly didn’t receive the iPhone-accessory makeover we were all hoping for.

But it did get some cool new watch-face animations to compliment the popular watch-band accessories, and it now includes built-in fitness tracking (walk, run, etc.). But the real story here is the iPod touch…

While there wasn’t any mention of any hardware upgrades (yet) for Apple’s popular iPod touch line, there is going to be one major difference in this year’s model. As we expected, the media player is now going to be available in the color white.

That’s not really the upgrade everyone was hoping for, I know. But hey, look at the bright side — the device dropped $30. The new iPod touch, available in white, is now starting at $199.