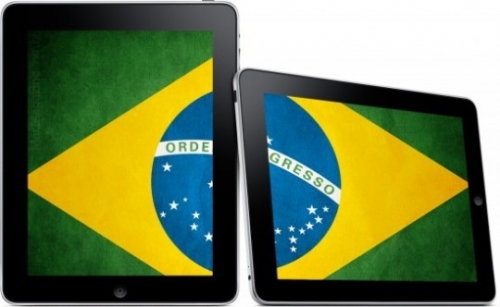 A few months ago we reported about Foxconn’s plans to open a factory in Brazil where it would produce iPads. The $12 billion deal is now at risk, according to Reuters.

Citing government officials, Reuters reports that the deal is stagnant, due to disagreements on tax breaks, but also because of the country’s unadapted infrastructures and the lack of skilled work force in Brazil…

“Yet the idea for a “Brazilian iPad” prompted immediate skepticism back home, where factories have struggled for years with high taxes, an overvalued currency and a lack of qualified workers due to poor education and a tight labor market.

The expected start date for production was first set for July, then delayed to November. Now, it is unclear whether the project will ever get off the ground, at least in the form that it was originally envisioned, the officials said on condition of anonymity.”

Looks like we’re not getting a “Made in Brazil” iPad anytime soon after all.