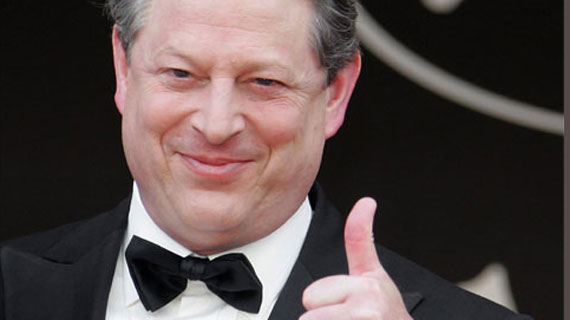 The man that invented the internet (not really) has spoken on the iPhone 5’s availability next month. Al Gore is an influential member of Apple’s board, and he confirmed the iPhone 5 for an October launch at the Discovery Invest Leadership Summit today.

We heard earlier this morning that Apple is planning an October 4th event, and Al Gore has said that “the new iPhone will be out next month.” Need there be any more confirmation?

“Yes, it’s completely true that Apple has been saying that it will release iOS 5 and, presumably, new hardware to go along with it, this fall. But this is the first time that any member of the Apple organization, even if it is a Board Member, has made any affirmative statements about the release of its next-gen iPhone.

There is always the possibility that Gore misspoke, of course, or was just making statements based on the rumors that are already out there, but it seems like a pretty big mistake to make at a public conference.”

Besides being a politician, Gore is a key driver of energy efficiency and environmental awareness at Apple. It’s very unusual for someone in his position to make this comment in public, as board members are obviously not permitted to share such information with the media.

Perhaps Gore knows that everyone has been screaming an October iPhone launch for months, and he’s only agreeing with the speculation.

UDATE: The Next Web has received more word about Gore’s direct quote:

“We’ve been informed by Toby Shapshak, the editor of Stuff Magazine in South Africa that is attending the conference, that his quote was specifically: “Not to mention the new iPhones coming out next month. That was a plug.”