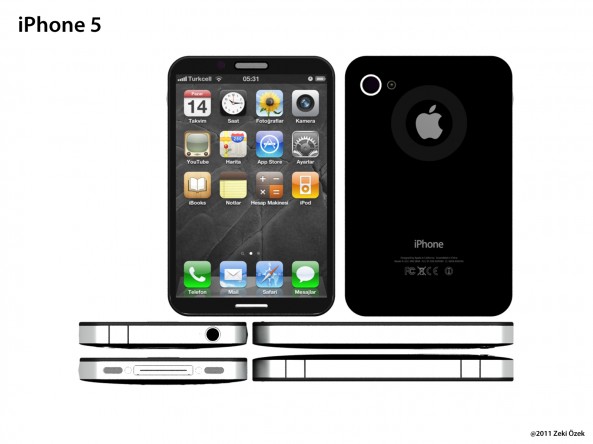 With Apple’s next iPhone announcement approaching fast, we’re all more eager than ever to see what stunning creation Apple unveils next.

Until then, our appetites can be temporarily satisfied with beautiful artist renders of potential iPhone 5 designs. This one is no different, expect that it depicts what looks to be more like an iPhone Nano than iPhone 5…

By Zeki Ozek, this iPhone 5 concept features a smaller, squared design with some interesting features to match. 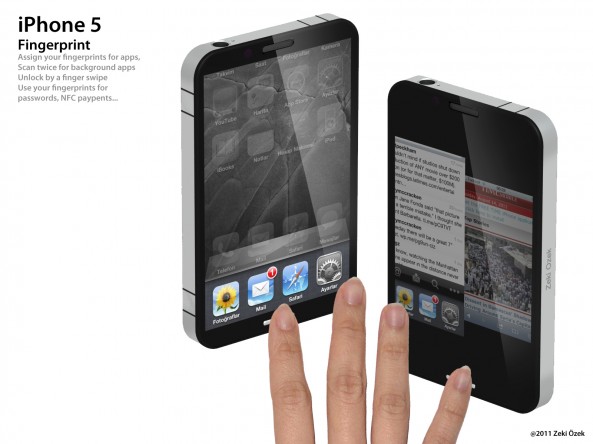 Namely, the artist has envisioned an iPhone that uses a fingerprint reader to recognize a finger swipe to unlock the device. You could even assign different fingers to launch different apps. Your index finger could launch the Messages app, while your thumb opens your favorite Twitter client. Very interesting.

With a double up-down swipe you can open apps running in the background. Your fingerprint can also be used as a security measure. No more passwords! 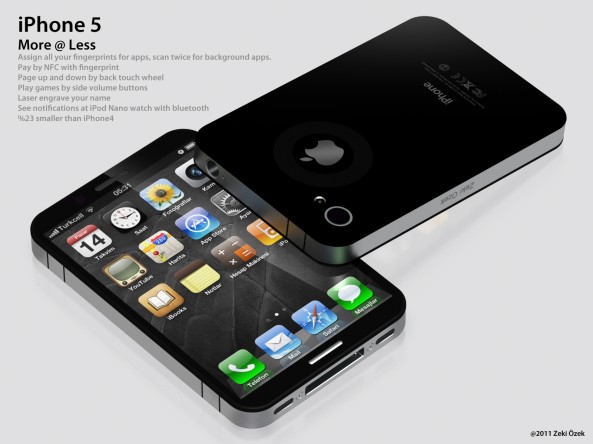 Zeki also has a cool idea with the ability to connect your iPad Nano watch to the iPhone via Bluetooth and have push notifications sent to your wrist. You would also be able to control parts the iPhone from the iPod Nano.

There are plenty of cool ideas in this concept, including a rear touch wheel built into the Apple logo for easy scrolling with one hand. Also, the volume buttons can double as game controls. 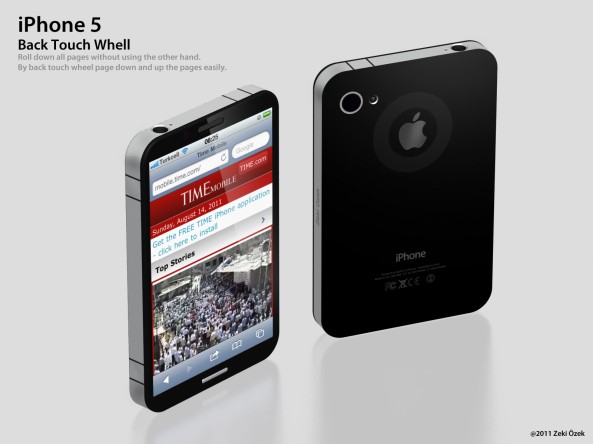 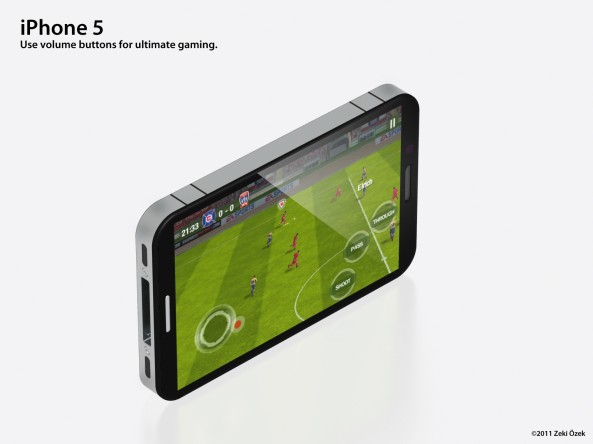 While this iPhone 5 concept doesn’t match up with the rumors surrounding the device at all, it’s interesting to see what people are creating and dreaming up out there. Who knows, maybe one day some of these features will be implemented in a future iPhone.

The next iPhone is expected to be thinner and smaller with a slightly larger display. Another model will likely be launched that closely resembles the iPhone 4. Apple has yet to give an official date for the announcement, but a media event is predicted to take place in the next 2-4 weeks.