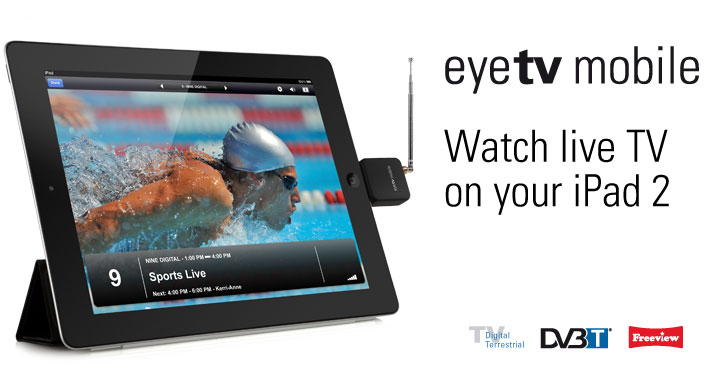 Elgato, the company well known for making TV tuners and the like for the Mac, is set to release an iPad accessory that will effectively turn an iPad 2 into a freeview television.

Aimed squarely at the European market, Elgato’s tuner will come complete with a telescopic aerial and will receive the DVB-T frequencies. A companion app will also be available in the App Store, which promises the ability to record live television using the dock connector tuner accessory…

“EyeTV Mobile is made specifically for your iPad 2. Simply connect it to the dock connector and open the EyeTV Mobile app (available on the App Store). The television signal comes straight from the miniature telescopic aerial so you don’t need an internet connection. You get unlimited live TV on your iPad 2 without touching your data plan.

As TiPB’s Chris Oldroyd points out, questions must be raised over the telescopic arial’s ability to hold onto a good signal, but if Elgato has managed to make it work properly, the £99.95 ($166) accessory could be a real hit amongst those who want to watch television while out and about.

Is the Elgato iPad 2 TV Tuner the kind of accessory that would interest you, or are into the online streaming scene?