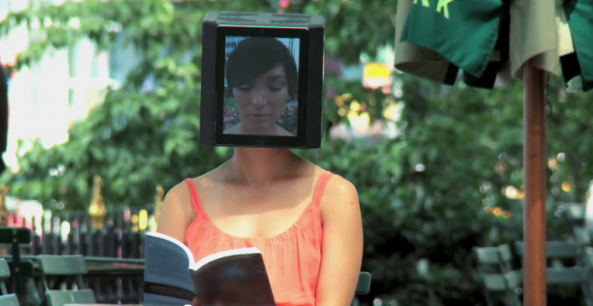 Gentlemen, let me introduce you to your dream woman. As part of a promotion for Cosmopolitan magazine, the “iPad head girl” has been spotted in the streets of New York City.

What makes the iPad head lady stand out is that.. well, her head is made of 4 iPads…

In order to promote the new Cosmo for Guys iPad-only magazine, Thinkmodo has put together a genius campaign that plays with the idea of a guy getting inside his girl’s head to learn what makes her tick.

“The concept and analogy here is to show a guy ‘getting inside a girl’s head’ and sort of ‘reading her mind’ by flipping through the magazine pages on the iPad. The reason for that is: it is the first magazine for men that is written by women, so for the first time women are letting guys in on what they think.”

The unnamed woman has 4 iPads fixed in a cube around her head, and each iPad displays the corresponding side of her outline. A hidden camera is also placed in her purse so that she can actually see where she’s going in downtown NYC. The overall concept is pretty awesome, and it looks incredibly intriguing on the streets. As you’ll be able to tell, the people of NYC agree.

Most of this “bystanders” are probably paid actors, but it’s a cool video nonetheless.

Here are some behind the scenes pictures of the shoot: 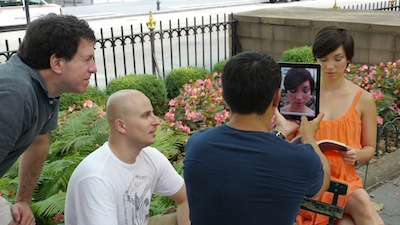 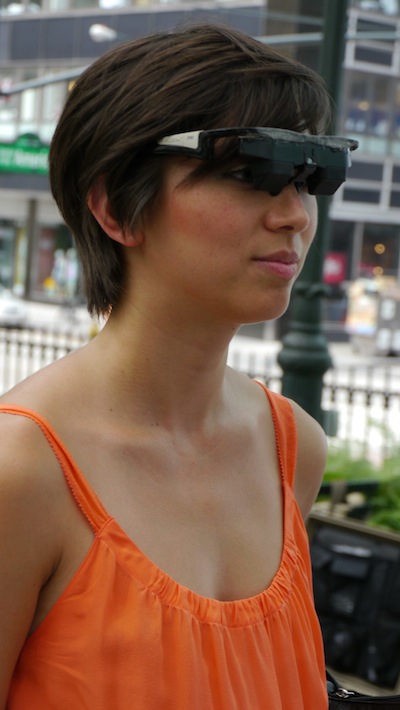 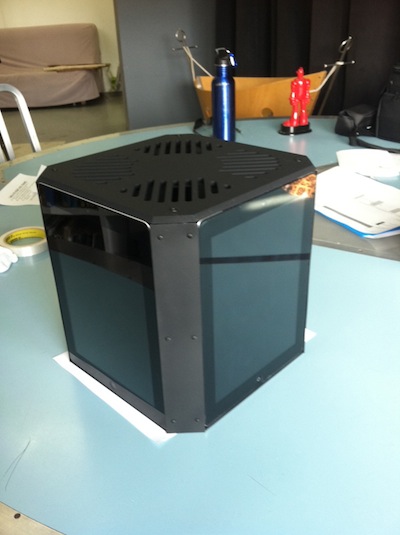 Any girl that can pull of a cubed iPad helmet is a winner in my book.