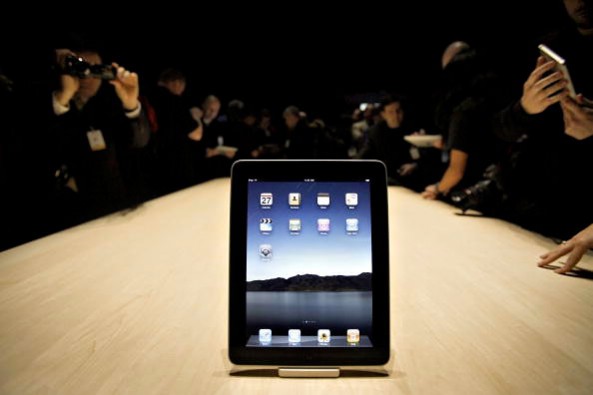 More rumors are circulating today that Apple is getting ready to launch a new, cheaper iPad later this year, with three new hardware partners joining the manufacturing chain.

The sometimes reliable DigiTimes believes that the three new partners have been brought on board to help drop the manufacturing costs of the next iPad, with Apple aiming to compete with a lower price point than its current model….

“Apple is now more willing to adopt IC solutions from Taiwan-based IC design houses as it is adjusting the cost structure for iPad tablets in order to compete with an array of tablet PCs to be launched by rivals in the second half of 2011, commented the sources.”

This contradicts earlier reports that Apple was in fact looking to release a Pro, Retina Display-equipped version of the iPad, aimed at professionals who need a higher-resolution in their tablets. The iPad HD was also expected to ship alongside tablet versions of prosumer apps, such as Final Cut.

Apple is expected to release some form of iPad alongside its iPhone 5 in the next couple of months, and with rumors ranging from a budget model, right up to a premium one— we’re none-the-wiser as to what will actually come out of Cupertino this time around.

It’s also possible that the reason Apple is aiming to cut costs is to absorb the cost of a Retina Display, presumably with the aim of launching the iPad HD at a price-point similar to the current iPad 2 models. If that is indeed the case, however, where does that leave the tablets we all bought just a few short months ago?

Would you be willing to upgrade your tablet twice in less than a year? We’re not sure we would.

Oh, who are we kidding— of course we would!