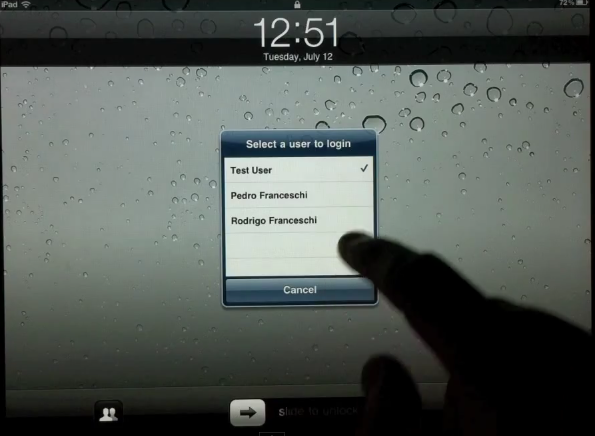 When Apple first announced the iPad way back before we knew the joys that a 9.7″ slab of glass could bring, we all immediately thought that the tablet would be a great coffee table device – perfect for leaving out and offering as a family machine.

The problem with that notion, though, is that the iPad is more of a personal device than Apple likes to let on.

Just like our iPhones, the iPad is designed to be used the way one member of the family likes it – their wallpaper, their settings, their apps. This approach really limits the way we can use our iPads, and plays right into Apple’s hands when it comes to sales – two and three iPads sold per household instead of just one.

If only we had iOS user accounts, just as we do on our Macs…

As is so often the case, the jailbreak scene is doing its best to fill a void left by Apple’s inability, or should that be downright lack of desire, to bring user accounts to its iPad, iPhone and iPod touch operating system.

A hack for jailbroken iPads, by Pedro Franceschi, iUsers tries to bring user accounts to the iPad, allowing different people to ‘sign in’ using accounts and passwords. Once a new user signs in, they’re greeted with their own settings, wallpapers, home screen app locations and more.

As MacStories points out, if you’re the kind of person that likes to use iTunes to backup your iPad, we’re not sure this jailbreak is for you – we honestly have no idea how iTunes will react to this particular tweak, but we’re fairly confident it won’t be pretty.

If you have chosen to use iUsers and have successfully backed up and restored since, we’d love to hear about your experiences in the comments.

For everyone else, we suggest watching the embedded video for the lowdown on just what iUsers is capable of.