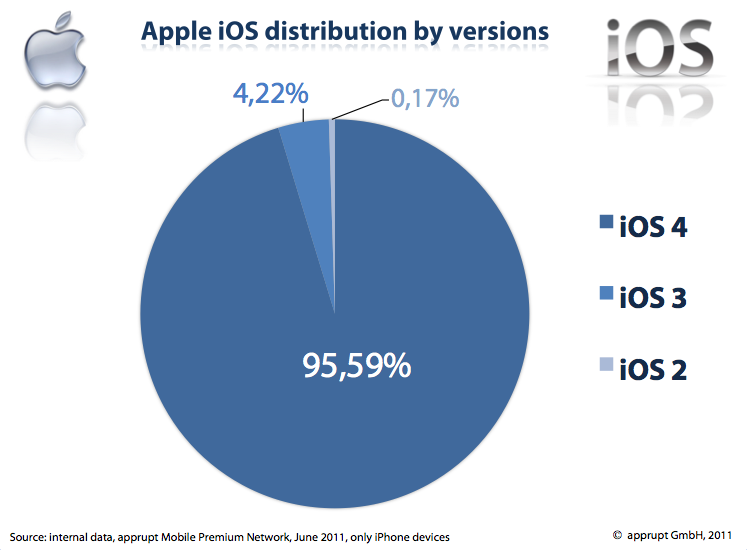 About a year ago, iOS 4 became available to the public with Apple releasing it to iPhone 4, iPhone 3GS, and iPhone 3G customers. It seems as if many iPhone customers are up-to-date with all of their software, as a whopping 95.59% of Apple iOS distribution by versions are already iOS 4.

Some people are still on iOS 3 – 4.22% of iOS devices in use are still running iOS 3 – but we presume that most of these are original iPhone owners (remember Apple left the 1st generation iPhone out of the picture for iOS 4)…

There’s still a sliver of iOS 2 devices out there, but barely, at a mere 0.17% – who probably use their iPhones just to make phone calls. The graph and statistics come from advertising bureau Apprupt. Previous statistics show that even after only six months, iOS 4 was already running on 90 percent of devices.

We’ll assume that most of you are running iOS 4. But what version? Make sure to let us know by leaving a comment below.