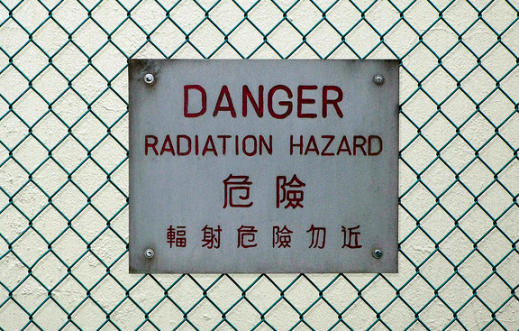 While your iPhone may be way ahead of rival devices in terms of technical specifications and software, it’s severely trailing behind others when it comes to radiation. A study by the Environmental Working Group found that Apple’s popular smartphone only gives off an “average” amount of radiation, whereas Motorola handsets come with significantly more.

This CNN report comes after the World Health Organization announced on Tuesday that there was sufficient evidence to categorize exposure to cell phone radiation as “possibly carcinogenic to humans.”

Despite previously maintaining that there was no link between cell phone use and adverse health conditions, WHO recommended further study into the issue after placing cell phone use in the same “carcinogenic hazard” category as chloroform, engine exhaust fumes and lead. However, the wireless industry promptly responded and noted that WHO “did not conduct any new research, but rather reviewed published studies.”

In its report, CNN cited information from the database compiled by the Environmental Working Group, “a lobbying group that advocates on behalf of public health and the environment,” lists the radiation levels for Apple’s iPhone and various other cell phones. In terms of Specific Absorption Rate – which is the measurement used to identify how much radiation enters our bodies – the iPhone sits in the middle of the other handsets, with the Motorola Bravo and Droid 2 Global at the top end of the scale, and the LG Quantum at the bottom end.

The CCN report does note, however, that these are only “ballpark figures” and that actual radiation fluctuates depending on use.

If you want to try and keep your brain free of radiation, the iPhone 4’s user manual suggests holding your device at least 15 millimeters away from your body when using it for calls or data transfer over a cellular network. However, if you fancy a bit more radiation, get yourself a Motorola smartphone.

[via AppleInsider, image courtesy of wZa HK on Flickr]