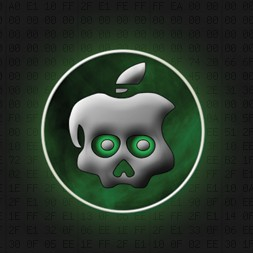 Last week, iOS hacker and member of the Chronic Dev Team p0sixninja was quoted saying it was just a matter of weeks until the team releases an update to their jailbreak tool GreenPois0n, which was supposedly going to work with the iPad 2 as well.

It seems that p0sixninja spoke a little too fast, and got every jailbreaker out there a little too excited. In order to make things clearer, the team posted an update on their blog today. This update covers the iPad 2 jailbreak and support for iOS 4.3.x in GreenPois0n…

As a post aimed at encouraging people to stop asking questions about the iPad 2 jailbreak and GreenPois0n, it seems that if anything, this post just did the opposite. After reading the “State of the Chronic”, I was left asking myself the exact same questions as I was 20 minutes before: when? What?

About the iPad 2 jailbreak, and in regards to p0sixninja “few weeks” estimate for the jailbreak, the team was quoted saying:

WE will hold him to that, please do NOT badger him with “is it done yet, when will it be ready?!?!, does it wear a slipcover from an elevator sandwich?”

About the iOS 4.3.x support in GreenPois0n, the team was quoted saying:

it has now become possible to easily update and execute a workflow to enable RC6.2 (tentatively speaking… mmm #dirt) to be released “soon”…

How many weeks are considered to be a “few weeks”? How soon is soon? Two questions that didn’t get an answer in this update.

As usual, and by respect for the great work the Chronic Dev Team is doing, we ask you to refrain from asking them details or ETAs about their jailbreak. Not only they will not share any info with you, but they will be more annoyed than not by constantly being asked the same questions.

In the meantime, we’ll be patiently waiting for our iPad 2 jailbreak. We’ll keep you updated, so stay tuned.