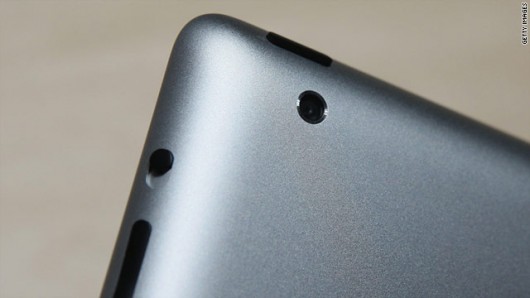 The current iPad 2 is good at a lot of things. It’s extremely thin, easy to use, and lightning fast. It’s no wonder why it continues to be a consumer favorite. However, the device could also use some serious upgrading in some categories, camera quality being one of them.

The current version of Apple’s tablet has a camera capable of shooting 960 x 720 pixel photos, that’s 0.7 megapixel. Apple’s latest iPhone is sporting a camera that takes 5 megapixel photos, why the big difference?

The Cupertino company set out to make the iPad 2 thin. Not just thin enough to impress folks, but thin enough to call itself one of the slimmest tablets around. In fact, it lead that category until Samsung went back to the drawing board with their Tab 10.1 and shaved a few more centimeters off the top.

But contrary to popular belief, being thin has its disadvantages, and in this case it cost the iPad 2 a decent camera. Obviously due to design restraints, the camera module that Apple used in the iPad 2 had to meet certain size requirements. At the time there must have not been a decent sensor that fit the bill, so they used the same one that’s in their 4G iPod Touch.

Well 9to5Mac is reporting today that OmniVision has unveiled a 5MP camera sensor, that is smaller than its predecessors. Since the digital imaging solutions company happens to be the main supplier of camera sensors for iDevices, it’s likely that we will see this (or something similar) in future Apple products.

Not only does the camera take 5MP stills, it records video in full 1080p. The current iPad camera records video in 720p, so the upgrade would be quite noticeable. Since the camera seems to be one of the tablet’s biggest downfalls, it would be logical to assume Apple is looking to upgrade it in future iterations.

What do you think of the current iPad 2 camera? Would you get an iPad 3 if the camera quality was improved?