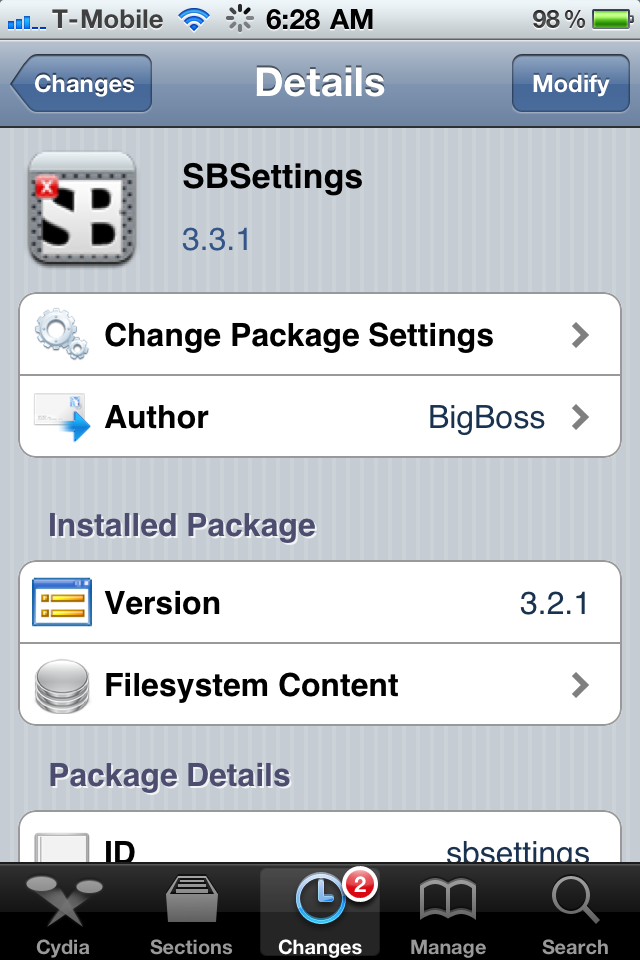 In the past we’ve deemed SBSettings an absolute “must have” jailbreak app for all jailbroken iPhone users, and we still stand by that statement with the latest update to the hugely popular jailbreak app.

If you’re new to the jailbreak scene and have no clue what SBSettings is, basically it’s a completely free, fast, and skinnable device manager from the developers over at BigBoss. Here’s the best part: to launch the app simply slide your  finger across the top banner and a window will drop down with several, customizable toggles such as  Bluetooth, Brightness, WiFi, 3G, Airplane mode, CallerID, and more!

The latest update (version 3.3.1) brings quite a few new features as well as bug fixes. Here’s a complete rundown of all the new features and bug fixes:

The update is available now in Cydia!

Let us know how the new version is running so far, and for our readers that just installed SBSettings for the first time, let us know how you like it!