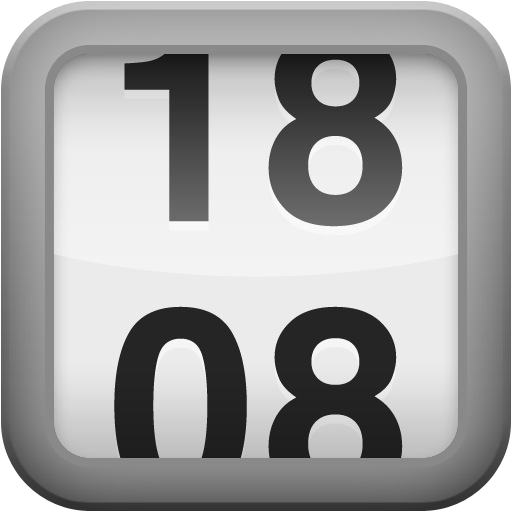 Time zones are a pain. There are 40 time zones in the world, and 4 in the United States. There are so many instances when it’s necessary to know what time it is somewhere far away. I’ve been looking for any easy way to convert time zones on the iPhone for a long time, and Filopanti fits the bill perfectly.

“Filopanti” is named after Quirico Filopanti, who was the first person in history to propose a worldwide system of time zones in 1858. Filopanti’s interface is elegant and dead easy to use. With Filopanti, you’ll never be wondering what time it is across the country or on the other side of the world…

Filopanti’s simple interface is definitely its strong suit. The color scheme is minimal and the numbers are nice and large. The non-distracting user interface helps you focus on what is really important- the time.

There is also a pretty comprehensive list of over 1,000 cities and regions to choose from behind the “Edit” button. Extra cities are automatically being added on a monthly basis by the developer. You should have no problem finding your area and the area you’re trying to compare with; whether it’s Luxor, Egypt or New York City. 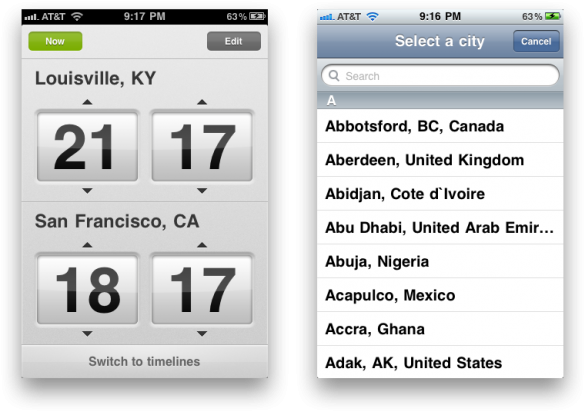 Filopanti operates on a 24 hour clock. The top area is for the seed city that you want to have the bottom city compared with. The clocks operate on 5 minute increments. If you leave Filopanti open for a little while, you can hit the “Now” button to change the time to the exact, current time for reference. 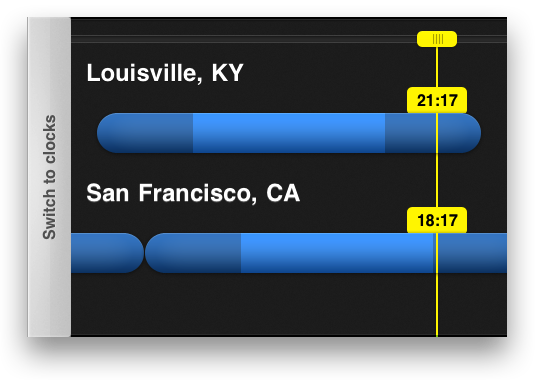 In landscape mode, Filopanti turns into a nice timeline view of the two cities you’ve set to compare. The day is visualized as a blue bar with breaks to indicate when the day changes. The yellow line matches the two time zones, and there is always a green line on the current time in case you want to scroll through the day and come back to the current time.

I wish that Filopanti had the option for a 12 hour clock instead of a 24 hour one. Real-time clock changing and the ability to automatically find your location with the iPhone’s GPS would be nice too. However, it is still the best app by far for time zone conversion on the iPhone. Plus, it’s relatively new, so hopefully some more features will be added down the road.

I highly reccomend you download Filopanti. Pick it up for $0.99 in the App Store.

What do you think? How do you usually compare time zones?