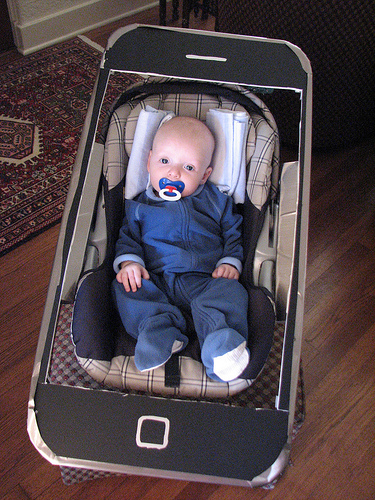 Here is a study by GFK that confirms something that most iPhone owners already know. According the the study, 60% of iPhone users are loyal to Apple and plan to get another iPhone. Not surprising indeed.

I’m speaking for myself here but I can’t imagine owning another smartphone anytime soon. I’ve played around with several other Android devices and I was never impressed to the point I’d consider switching…

As you can see, other smartphone manufacturers don’t enjoy such loyalty:

With other Smartphones, loyalty seems to be a real issue. Only 35% of BlackBerry users are willing to stick to the brand and for Android (28%), Symbian (24%) and Windows Mobile (21%) the numbers are even lower.

What do you think? Like me, do you plan to stick to the iPhone for a while? Or are you considering switching to Android, or worse, BlackBerry?