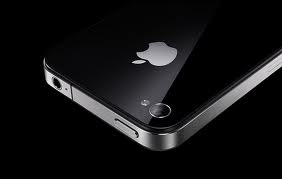 Rodman and Renshaw analyst Ashok Kumar tells GigaOm that waiting for an iPhone 4 will become noticeably easier by the end of September. If the production of devices finally gets on par with their demand, Kumar says the iPhone 4 should sell 14 million units in the 3rd quarter and 15 million in the 4th. What’s unbelievable is that those predictions are actually feasible and not ridiculous.

Without a “big” delay in supply Kumar believes that Apple can lynch off the flow of supply enough to stay well ahead of their expectations. I would say he’s right given the record numbers thus far.

It’s worth mentioning that the mentioned analyst cites that LG is pumping out more 9.7 displays for the iPad’s production as well. His predictions are that the popular handheld should be able to achieve 5 to 6 million units this quarter. Not bad for being a big iPod Touch.

What has your experience been lately? Have any of you tried waltzing into an Apple (or other retailer) and been able to walk out with an iPhone 4? Let us know how your luck has been in obtaining the new iDevice in the comment section.