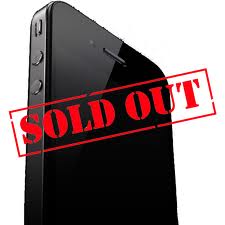 It has been more than 7 weeks since Apple released its iPhone 4 in the United States, so you should be able to walk-in to most of its retailers and purchase one, right? Not according to Mac Life, who reports that Apple Insider sent an analyst to various stores to collect the data. He found that of the 30 stores he strolled into, just 16 had any stock.

For the math wizards reading this, you have deciphered that to be just over having a 50% chance as a “walk-in”. While the flip of a coin type odds may seem harsh, all stores made it apparent that each of them are still receiving daily shipments, in hopes to meet some of the demand that still exists. The optimistic man will note that before July 10th, 0/20 stores had stock iPhone 4’s for sale.

When the iPhone 3GS was released last year, most countries reported curtailing the demand by late September, early October. Gene Munster, who conducted the walk around, stated “We had expected near full in-store availability in the U.S. by now”, in reference to the shortage of iPhone 4’s. Why he thought this I’m not sure, since as of this week it was still 3 weeks backorder on Apple’s website.

More now than ever it shows how little effect “Antennagate” actually had on the selling of the iPhone 4. It’s been the fastest selling Apple product ever. Munster was quoted in saying he believes that the units will have sold 11 million worldwide in September. That’s a lot of bumpers!