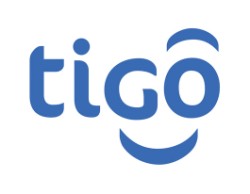 After about 5 months of traveling through Australia, New Zealand, Bali, Thailand, and Cambodia, my lovely fiancee and I decided to check out Laos. Before even going there, I had a bad feeling about the place.

I had done some research online to find out what seemed to be the carrier of choice so I can enjoy the freedom of the Internet on my iPhone. I found some contradictory information and was more confused than not. I gave up on my research thinking that as usual, I’d be able to find a SIM card for my iPhone while at the airport in Laos.

Well, we got there and nowhere was a phone shop to be seen. After settling in our hotel room in Luang Prabang, we went for a walk around town and I bought a SIM card from one of the zillion stores that sell them.

There are several carriers to choose from. I went with Tigo because that’s what the lady at the store gave me. It could have been any other carrier, I don’t think it would make a big difference in the end.

I asked the lady about Internet. She said “yes yes”. After a few months spent in South East Asia, I can tell when someone has no idea what I’m talking about, and she clearly was just saying “yes” to please me and close the deal. So anyways, I have nothing to lose but my $2 so I get a SIM card, pop it in and bingo, it’s working without requiring me to tweak the APN settings.

So now I can enjoy calls and data on my iPhone, in Laos, on the Tigo network. Turns out there is no 3G (not a big surprise), and Edge is painfully slow. What’s more annoying is that this data plan is costing me a fortune. The $1 credit I was given when I bought the SIM card was gone in 4-5 tweets.

There had to be a better plan than that. Like I did in Cambodia, I have to be able to subscribe to some kind of plan that gives me unlimited Internet for a good price.

I went back to the shop where I got my SIM card and asked the woman about plans. She was absolutely clueless. To this date, I still think she had no idea what I was talking about. So I asked her the phone number for Tigo Customer Service, which she gave me.

I called Customer Service, hoping someone would be able to help me figure out the best option for me. Well, if I hadn’t hung up the phone after 15 minutes, I think I’d still be trying to get in touch with them. Basically you just go through an automated menu with no option to talk to a real person. I managed to find an alternative phone number for Tigo’s offices and the phone rang and rang forever, with no one answering.

I was really really pissed. I think I was more pissed than I would have normally been in such a situation because I didn’t really want to be in Laos in the first place. This whole phone thing was just an excuse for me to justify even more my desire to leave this country asap.

For the next few days, I just recharged my iPhone plan $5 at a time each day. I spent about 4 days in Laos and decided to go back to Cambodia.

Next step is Vietnam. This should be fun!

Oh, did I tell you I shot a bazooka in Cambodia?