There have been more than enough rumors about what the new iPhone will have. I say, give me a break. Although we don’t have an inside source telling us, think about it. Now, see our reasoning below:

Seriously? First of all, this would look horrible. It would be bumping out, making it look bad. On top of that it would kill battery life. And think about it, a ton of users use a case for their iPhone. A lit-up Apple logo would be useless for them. Don’t see my point? OK, here’s a mock-up by us: 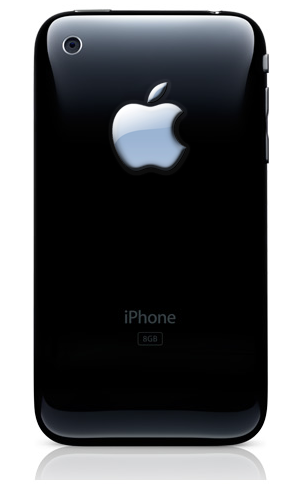 That is how odd it would look. Plus, an apple that small would not make a difference. But it would kill you battery life.

Again, I think this is very unlikely. So far, the two latest models have had this. Though I’m not saying it is completely fake, it is unlikely. Maybe Apple will bring the plastic black / white front to the edge as well.

Unlikely! Apple has kept on going with the metal back for the iTouches and has only changed the iPhone to plastic back. Considering most other phones are plastic, this is also unlikely. So far, the only proof is this: 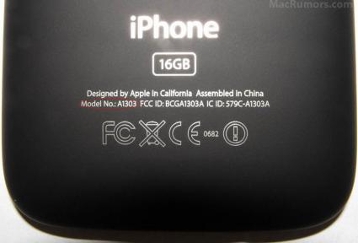 It’s an image MacRumors posted. I dunno… but I have seen fakes before. However, from Apple you never know.

Now a small listing of a few others. Faster speed, internet, and processor are all likely. It is needed and Apple will most likely deliver. Longer battery is also likely. FM transmitter: unlikely! Think about that. Higher resolution camera is likely. Since most smartphones also have this.  Built-in compass also sounds likely.

Turn by turn directions is also likely as it is something heavily asked for. Also, a GPS company (forgot the name, think it was TomTom) posted somewhere they were looking for someone with iPhone coding experience.

This is just me reasoning here. I know some people will not agree, but that some might. But believe me, the rumors will keep on coming as WWDC gets closer. Don’t believe everything you read!!