The checkra1n jailbreak utilizes such a powerful exploit that it offers a whole lot more than just a package manager and instant access to your favorite jailbreak tweaks. In fact, the hardware-based checkm8 bootrom exploit has proven more than capable of enabling a whole host of interesting hacks on compatible devices.

The latest of such hacks comes by way of Twitter user @RowRocka, who on Monday afternoon Tweeted a YouTube video of Ubuntu version 20.04 running on an iPhone 7 that had been pwned with the checkra1n jailbreak tool.

The video, shared below, depicts the entire Ubuntu boot process before the handset finally appears at the command line-based login interface:

For those unaware, Ubuntu is a popular Linux distribution, and this effectively means that we’ve just witnessed an alternative operating system running on an iPhone 7. @RowRocka’s captivating Tweet gathered so much attention that even checkra1n co-developer Luca Todesco Retweeted the jaw-dropping accomplishment.

Details about the feat have been published on /r/linux along with the prerequisites and a comprehensive list of setup instructions. 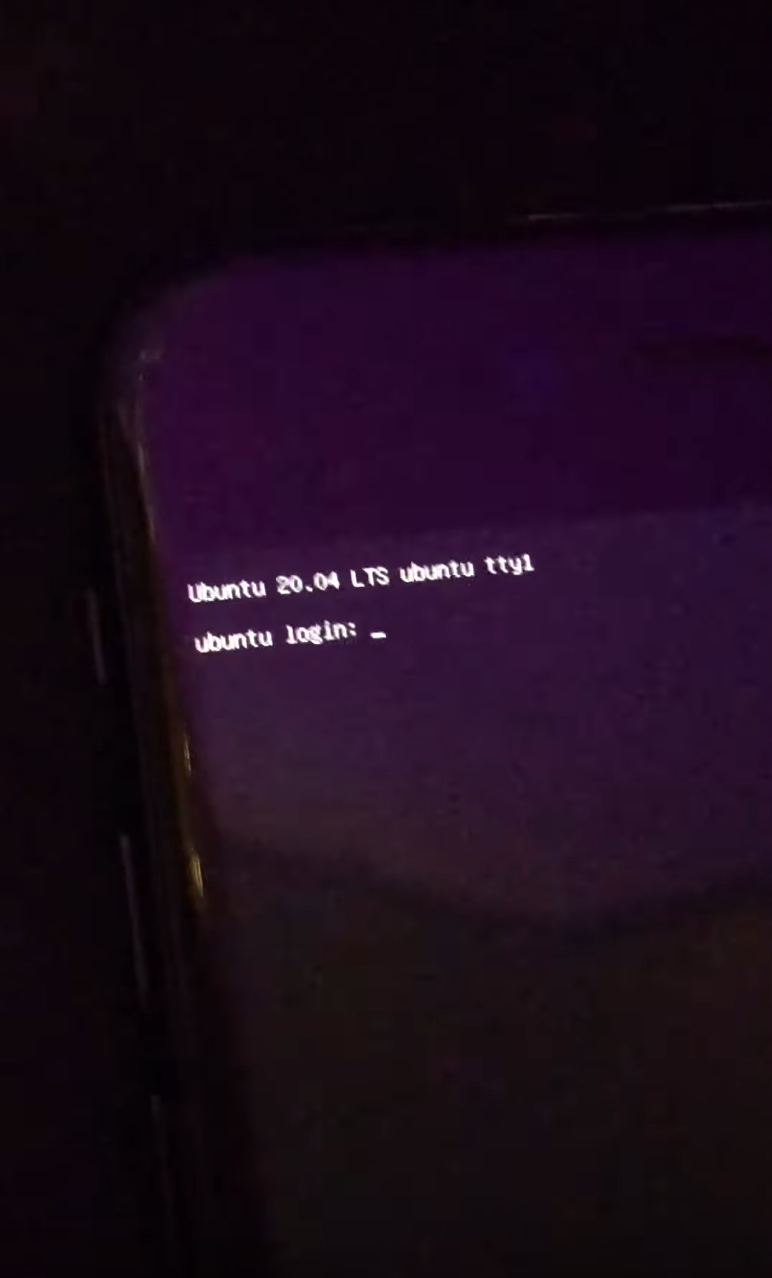 This wouldn’t be the first time that checkra1n has enabled an alternative operating system on an iPhone. You may remember Project Sandcastle, which enabled the Android operating system to run natively on compatible Apple handsets. This too would be enabled by checkra1n on a small subset of devices, such as the iPhone 7.

The checkra1n jailbreak never fails to amaze us here at iDownloadBlog, and that’s one of the many reasons that it’s one of our favorite jailbreaks of the past decade. Wouldn’t you agree?

Be sure to share your thoughts about this achievement in the comments section down below.