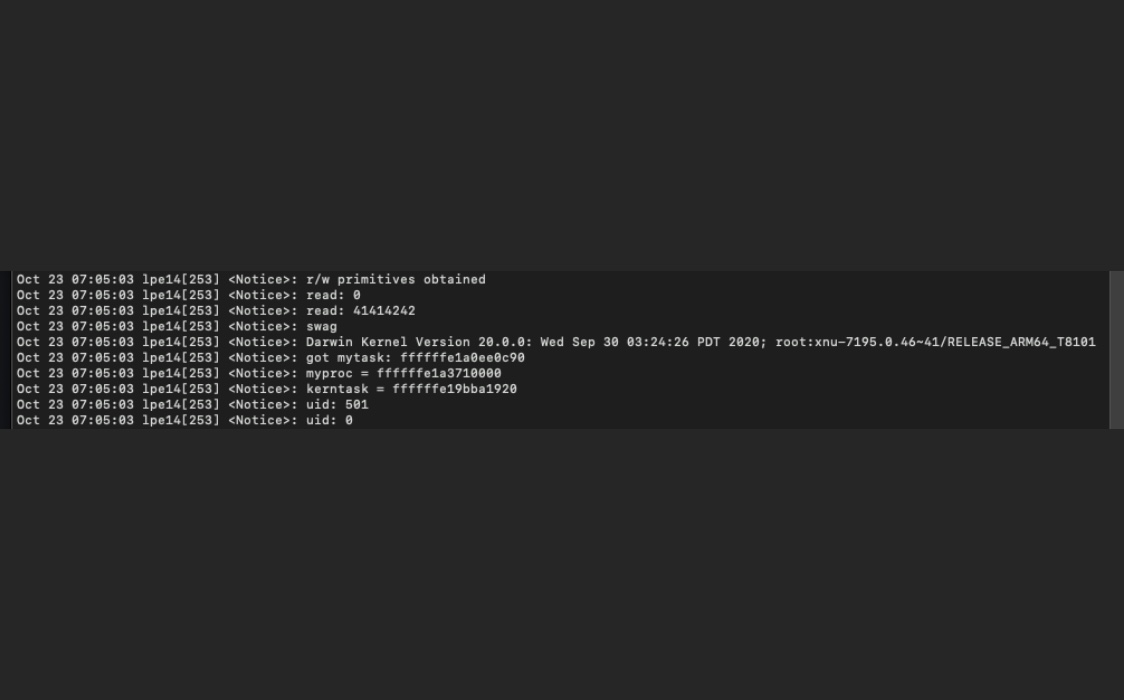 Last September, talented hacker and security researcher iBSparkes made headlines after becoming one of the first to crack the A13-equipped iPhone 11 Pro lineup with a working tfp0 exploit.

Just this afternoon, however, the jailbreak community was touched with an ounce of déjà vu after iBSparkes Tweeted a teaser of what appeared to be successful pwnage of Apple’s shiny new A14-equipped iPhone 12 lineup. 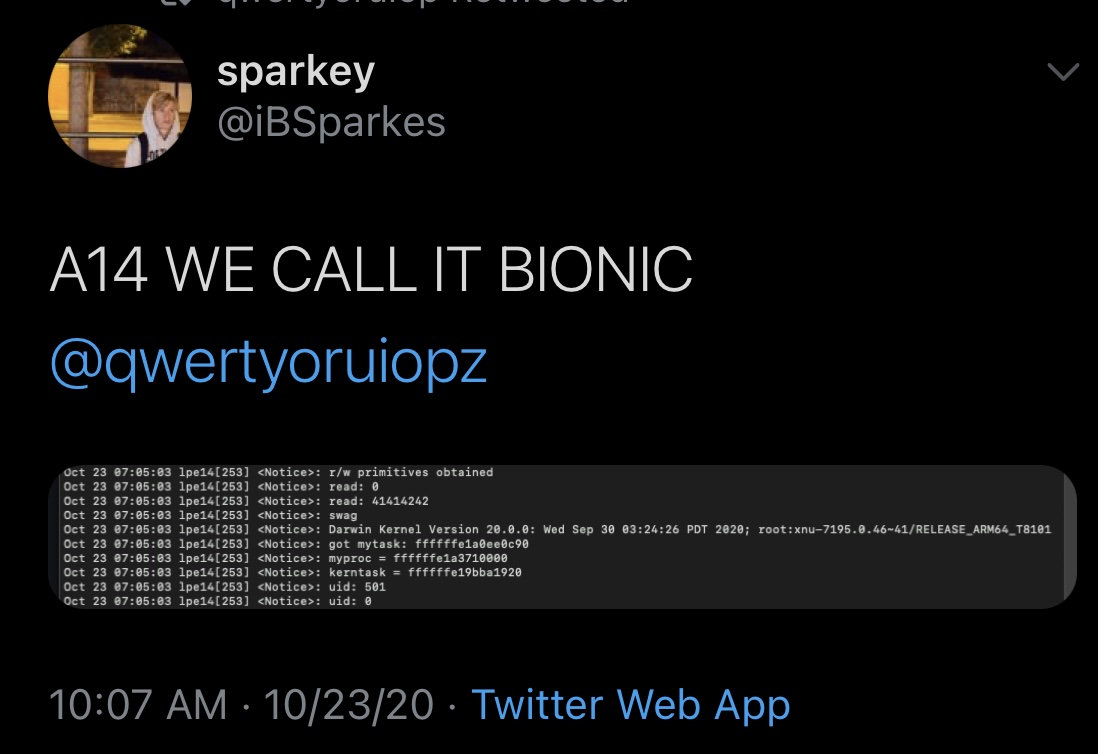 In the screenshot attached to the Tweet, we can see that iBSparkes has successfully achieved read/write (r/w) privileges for the kernel memory on an A14-equipped handset, which is denoted by the “T8101” designator in the command line.

It goes without saying that A14-equipped devices such as the iPhone 12 haven’t been in circulation for very long. In fact, some of the very first pre-orders have only just started arriving at doorsteps. Given just how recently the latest hardware launch took place, iBSparkes’ teaser is nothing short of a testament to his mad hacking skills.

For what it’s worth, all of Apple’s latest A14-equipped devices come with iOS 14 pre-installed on them from the factory, and the device iBSparkes was using would have been no different.

iOS 14 has been at the forefront of hackers’ efforts ever since the checkra1n team announced that adding support for certain handsets would take a lot more work following the addition of a new security mitigation. While iBSparkes’ teaser this afternoon is entirely unrelated to checkra1n, it’s still important to note that iOS 14 isn’t hack-proof, regardless of the device.

It’s impossible to tell at this point whether iBSparkes plans to release his work to the general public for use in jailbreak tools such as Chimera and/or unc0ver or if it will remain under wraps for the sake of internal testing purposes. What we do know, however, is that read/write privileges in an iPhone or iPad’s kernel memory are necessary for running arbitrary code on those devices, hence jailbreaking, and that’s enough to excite most.

Even if iBSparkes doesn’t release this work, one can only hope that today’s teaser breeds inspiration in the community and that a jailbreak for iOS 14 might be somewhere just over the horizon.

Are you excited to see that iOS 14 on Apple’s latest handset has been pwned? Let us know your thoughts in the comments section down below.