The HomePod is a worthwhile speaker thanks to its impressive audio quality. But of course it’s meant to do more than that, thanks to built-in Siri. Like set alarms!

And according to MacRumors, the smart speaker will be learning a new trick for owners out there in the wild at some point in the near future. The publication has discovered that Apple is adding the ability for Apple Music subscribers to set songs as alarms, letting people wake up to their favorite music.

Tutorial: How to set and manage alarms on HomePod

Right now, in its current state, there is no way to change the default sound on the HomePod when setting an alarm. But that appears to be changing, thanks to a discovery made in the latest HomePod beta software. As you can see in the image just below, there is a change to the interface when setting up an alarm. This is for when you add an alarm to the HomePod via the Home app.

In the beta software, HomePod users can set the standard tone for an alarm, or choose media to play as the alarm. 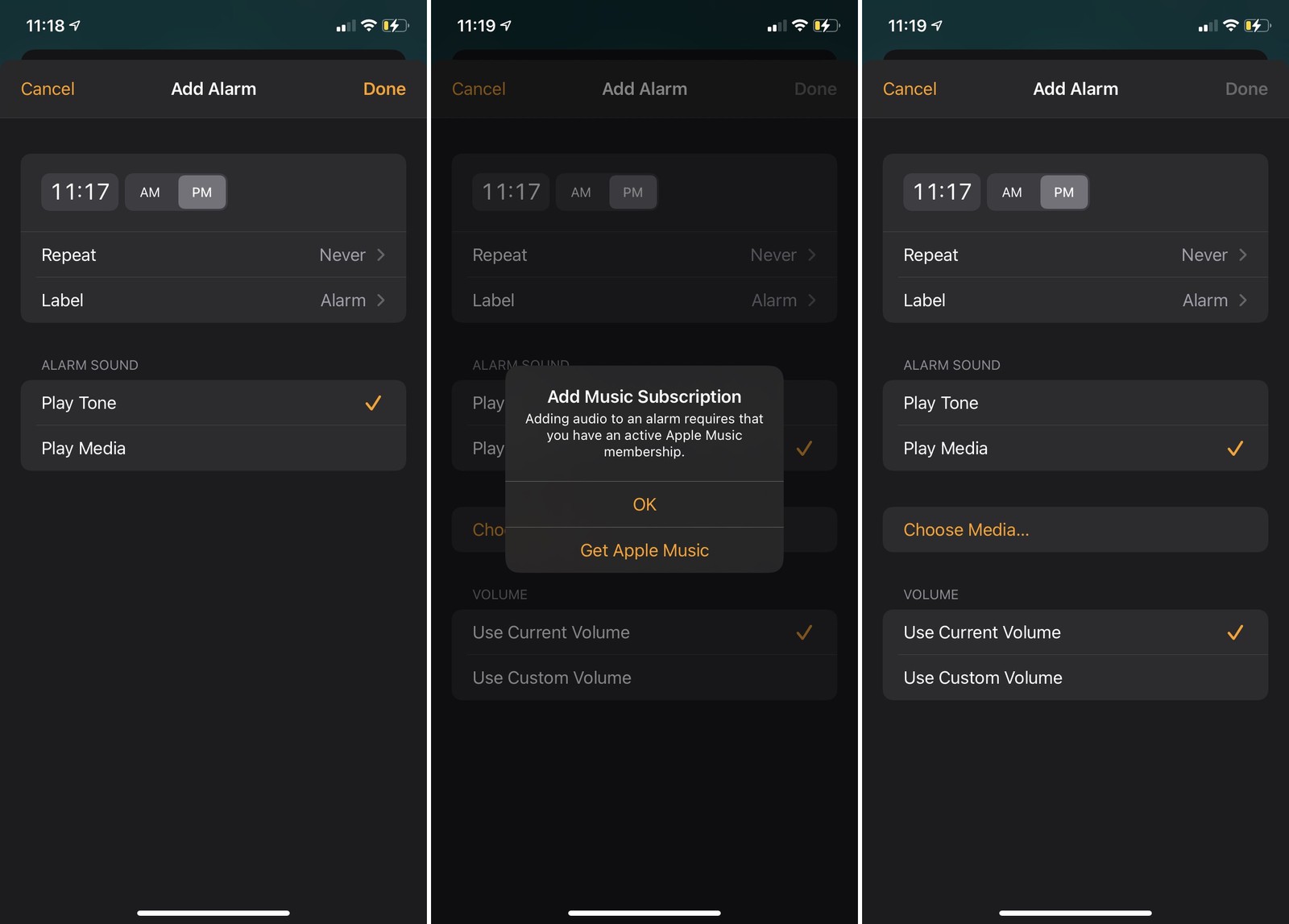 This is a small change, and probably one that should’ve been present right out of the gate. However, for HomePod owners who use their smart speaker as an alarm, it may be a welcomed change.

What do you think? Better late than never?