QuickTake is time-saving iPhone photography feature that enables you to record video without having to manually switch out of your current mode in Apple’s stock Camera app beforehand.

A brief introduction to QuickTake

On supported iPhones, you’re able to capture video while in Photos mode by using the QuickTake feature. This can help you avoid missing a great photo op because you were swiping in the Camera app like an animal, trying to switch between the available shooting modes.

Simply hold the Shutter button in Camera to start shooting a QuickTake video. 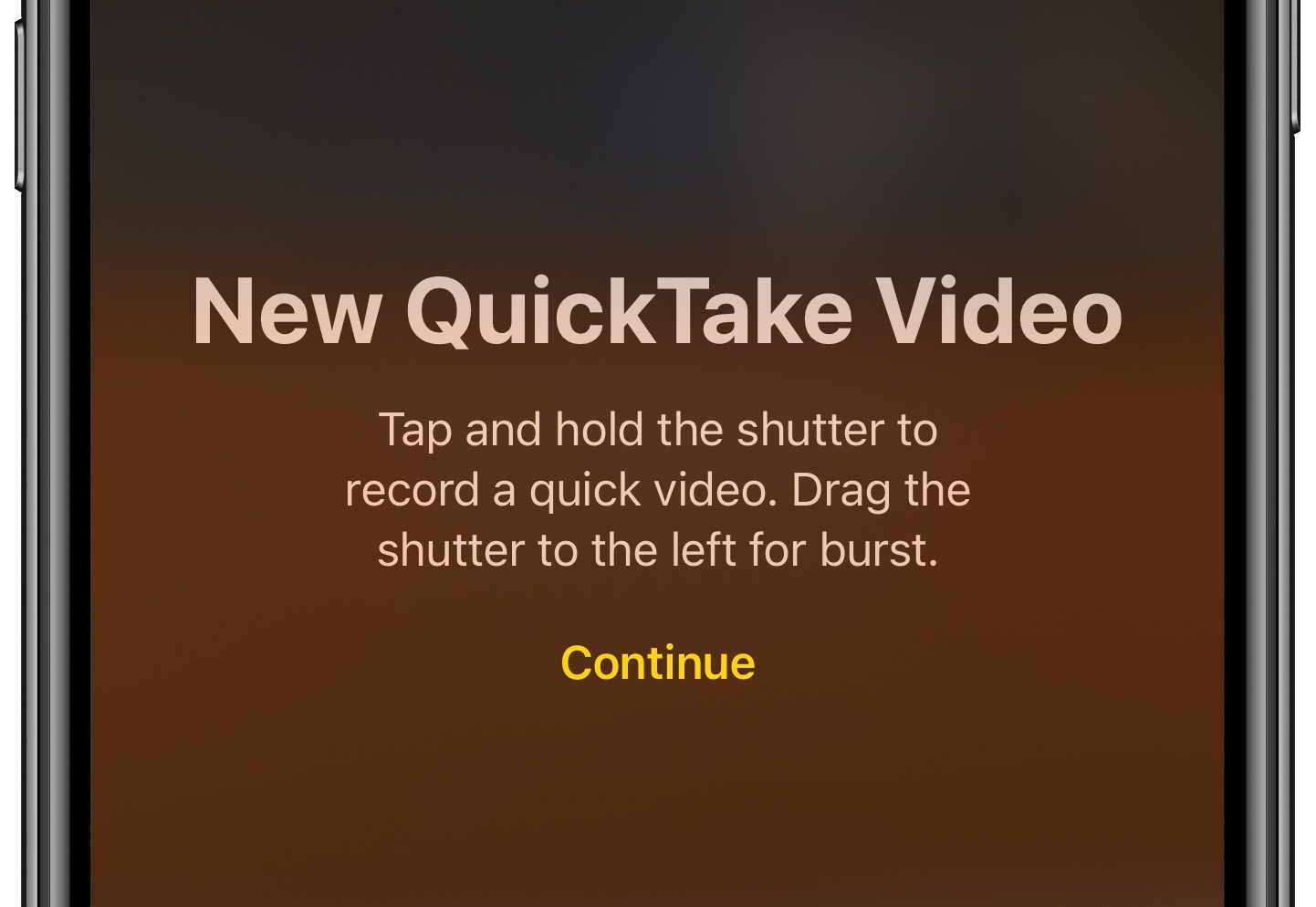 QuickTakes are limited to 1080p at 30fps, mono sound and no audio zoom. To shoot in higher resolutions with stereo sound and audio zoom, switch to Video mode.

If you’re on iOS 13 or earlier, QuickTake supports the following iPhone models:

Support for QuickTake on older iPhones requires the iOS 14 software or later:

With the iOS 14 software or newer, it’s possible to assign QuickTake to the volume down button of your iPhone. For a more detailed explanation for how to record QuickTake video and adjust the feature’s settings to your liking, be sure to read our tutorial.