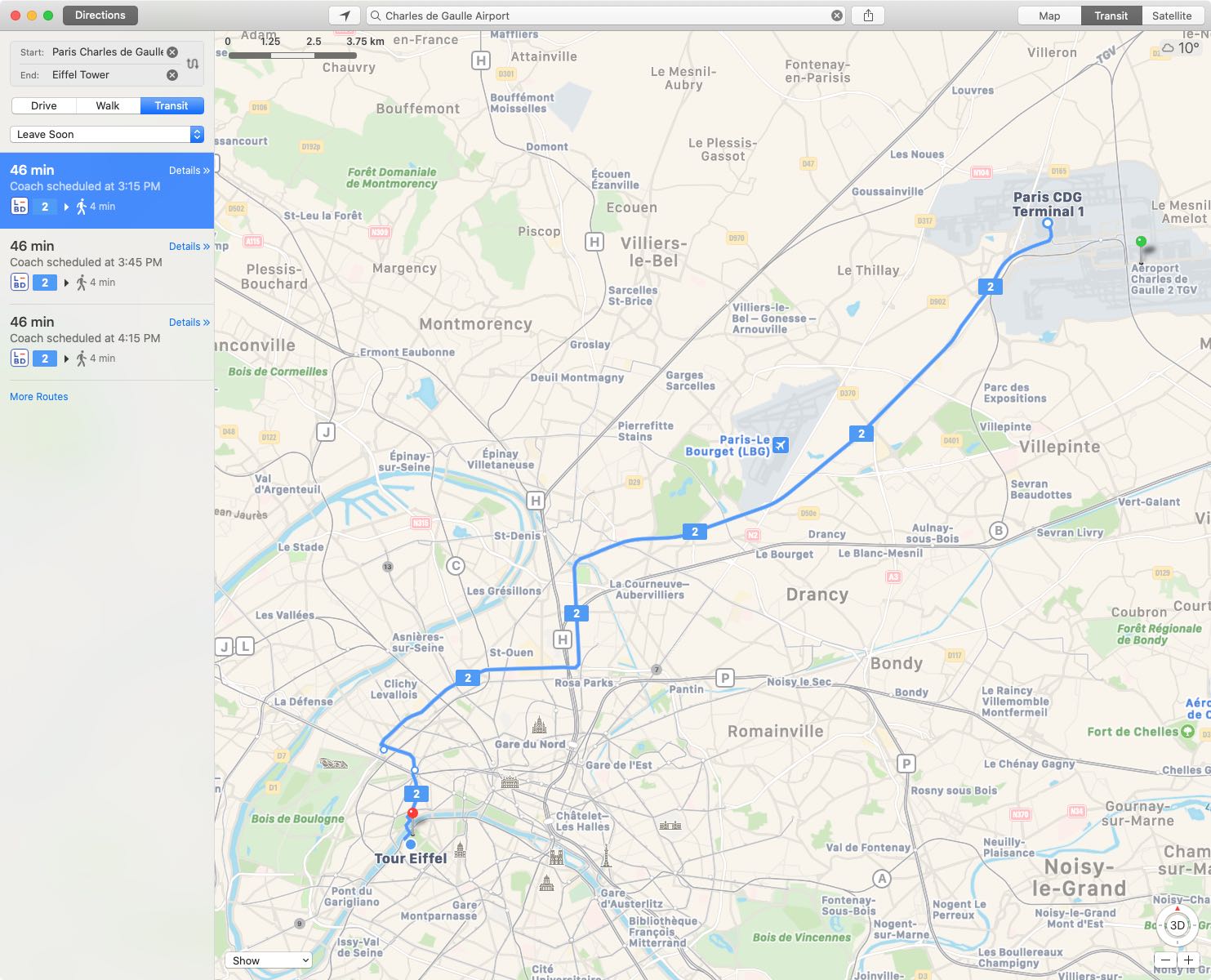 The change was spotted by Twitter users, but Apple’s iOS Feature Availability webpage wasn’t refreshed at the time of this writing with a list of all the markets in Europe where the transit directions feature on Apple Maps is now available.

If you live in one of the European cities included in this update, you will now see departure times and transit routes for buses, trams, metro trains and other modes of public transport.

In addition, some European markets that were previously covered by transit directions now offer additional layers and indoor maps for places like shopping malls and airports.

In 2019, transit directions coverage on Apple Maps expanded to more than a dozen US states like Alaska, Connecticut, Delaware and Florida, as well as arriving for the first time to several European markets including Denmark, Sweden, Norway and Finland.

There was no word at post time when Apple’s much-improved mapping tiles might be available outside of the United States though.

The iPhone maker said in January:

We set out to create the best and most private maps app on the planet that is reflective of how people explore the world today. It is an effort we are deeply invested in and required that we rebuild the map from the ground up to reimagine how Maps enhances people’s lives — from navigating to work or school or planning an important vacation — all with privacy at its core.

The completion of the new map in the United States and delivering new features like Look Around and Collections are important steps in bringing that vision to life.

According to Apple, other markets will get these improvements throughout 2020.