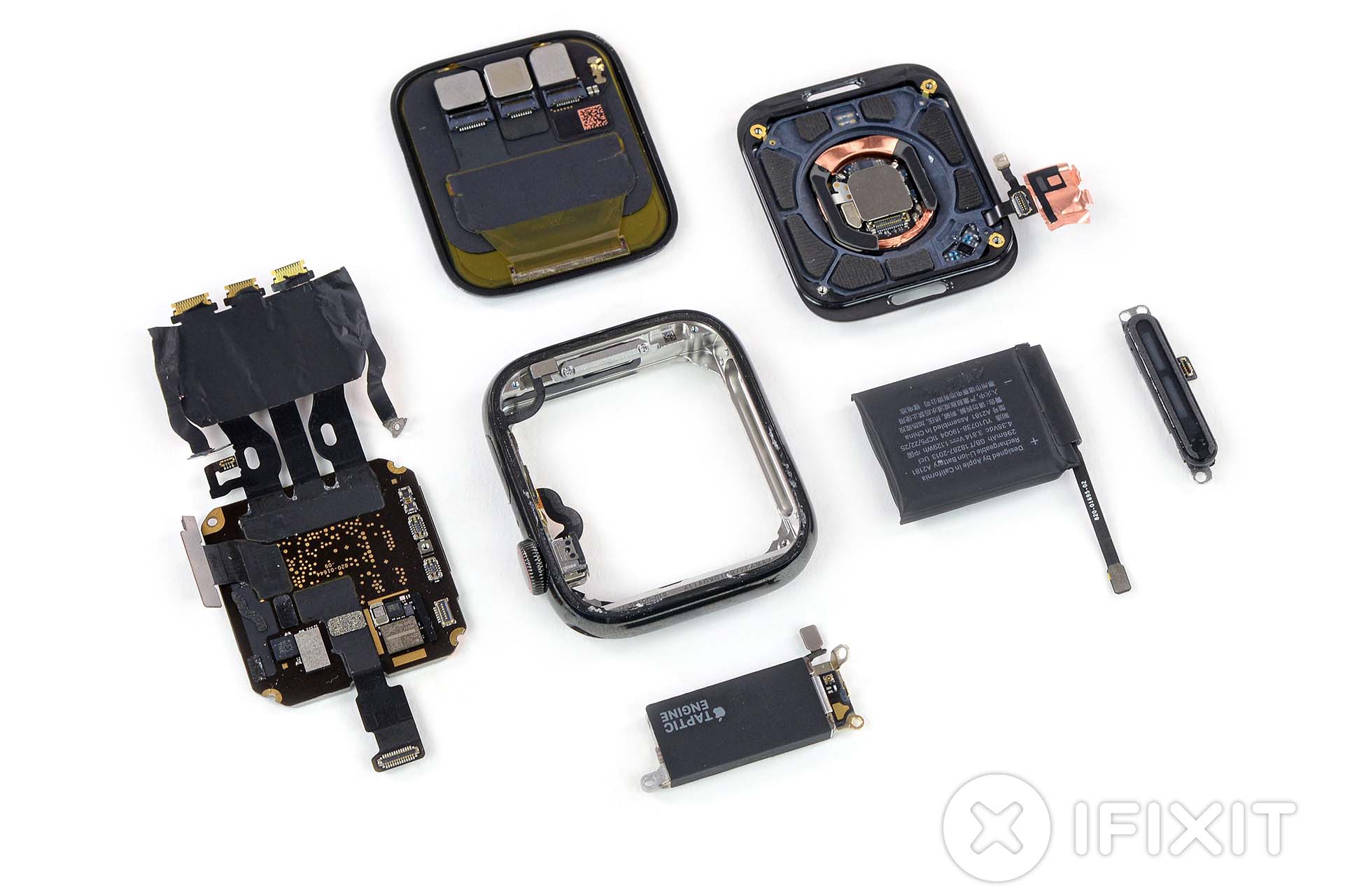 First, the iPhone 11 Pro got the teardown treatment from the folks at iFixit. Next, the iPhone 11. And now its time for the Apple Watch Series 5 to go under the (precision) knife.

iFixit has done it again, this time turning its attention to the newest smartwatch from Apple. Plenty of attention is given to the new smartwatch’s biggest new feature, the always-on display, but the teardown also reveals plenty of other interesting tidbits as usual. Unsurprisingly though, the majority of the Series 5 is very similar to the Series 4.

That does include a slightly bigger battery than the Series 4, with Apple bumping things up 1.4% in the 44mm model. We get to see the new ambient light sensor in the X-ray shot of the Apple Watch Series 5. The teardown also confirms earlier reports that the Series 5 features the same CPU and GPU as the Series 4.

iFixit does make a few notes about Apple’s claim that the Series 5 Sport casing is made from “100% recycled aluminum”:

Now, about Apple’s claim that the Series 5 Sport cases are made from “100% recycled aluminum.” While using recycled materials is great, the truth is most of the world’s aluminum is already recycled, and recycled aluminum is dramatically cheaper than the freshly-mined variety. The real question is whether Apple uses any recycled aluminum that wouldn’t have been recycled anyway. And after analyzing Apple’s statements on the matter, the answer seems to be no. Apple is in line with industry standards, and isn’t remaking the field. Recycling all the lithium or cobalt in their batteries would be a true leap forward, and Apple may well be working on something like that, but using recycled aluminum isn’t much to get excited about.

You can check out the full teardown if you want to see more internal shots of the Series 5. As far as a repairability score is concerned, the Apple Watch Series 5 gets a 6 out of 10 — with ten being the easiest to repair.