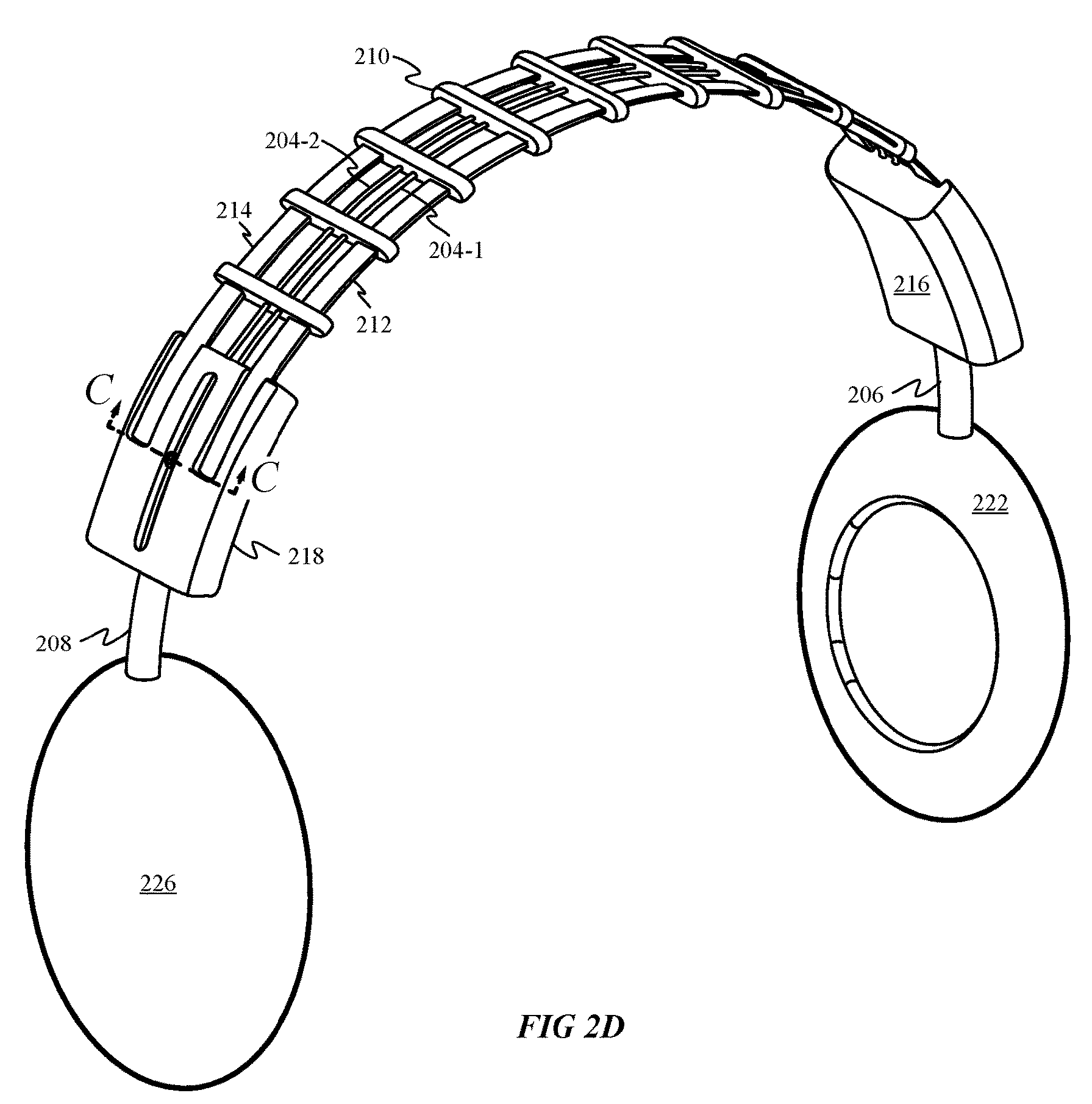 Apple’s been researching compact over-the-ear headphones with a foldable headband for easy transport and orientation detection that’d automatically adjust left/right audio channels depending if the user is wearing them correctly or with the left earpiece over their left ear.

That’s according to two separate filings revealed by the US Patent & Trademark Office, filed by Apple in January 2018 and uncovered this week by AppleInsider.

Headphones have now been in use for over a hundred years, but the design of the mechanical frames used to hold the earpieces against the ears of a user have remained somewhat static. For this reason, some over-head headphones are difficult to easily transport without the use of a bulky case or by wearing them conspicuously about the neck when not in use. Furthermore, headphones users are required to manually verify that the correct earpieces are aligned with the ears of a user any time the user wishes to use the headphones.

The company’s proposed solution would make over-the-ear headphones smaller to carry by using a spring-drive mechanism for the curved headband (this is the part that goes between the two earpieces). The mechanism could be positioned near the top of the earpiece, allowing it to be incorporated within the earpiece instead of being external to the earpiece.

The other patent is titled “Headphones With Orientation Sensors” and goes into details regarding sensors for orientation detection and a control circuitry. According to the patent abstract and illustrations, embedded right above, the control circuitry could be tasked with automatically adjusting left/right audio channel assignments depending on whether the user is wearing the headphones in a reversed or unreversed orientation.

As with all Apple patents, there are absolutely no guarantees whatsoever that the company is actually working on such an accessory, let alone that it would ever see the light of day. Apple owns Beats, which happens to make rather bulky over-the-ear headphones, but this patent probably pertains to a rumored pair of premium over-the-ear headphones that the company is rumored to have been working on from scratch for some time now.

According to a March 2018 write-up by Bloomberg, Apple’s accessory will be aimed at the higher-end of the headphone market with features like great design, noise cancellation. Bloomberg’s reporting on the headphones is based on a February 2018 research note by revered Apple analyst Ming-Chi Kuo who first mentioned the iPhone maker was working on its “own-brand, high-end over-ear headphones” with an “all-new design.”

What do you think of this patent?