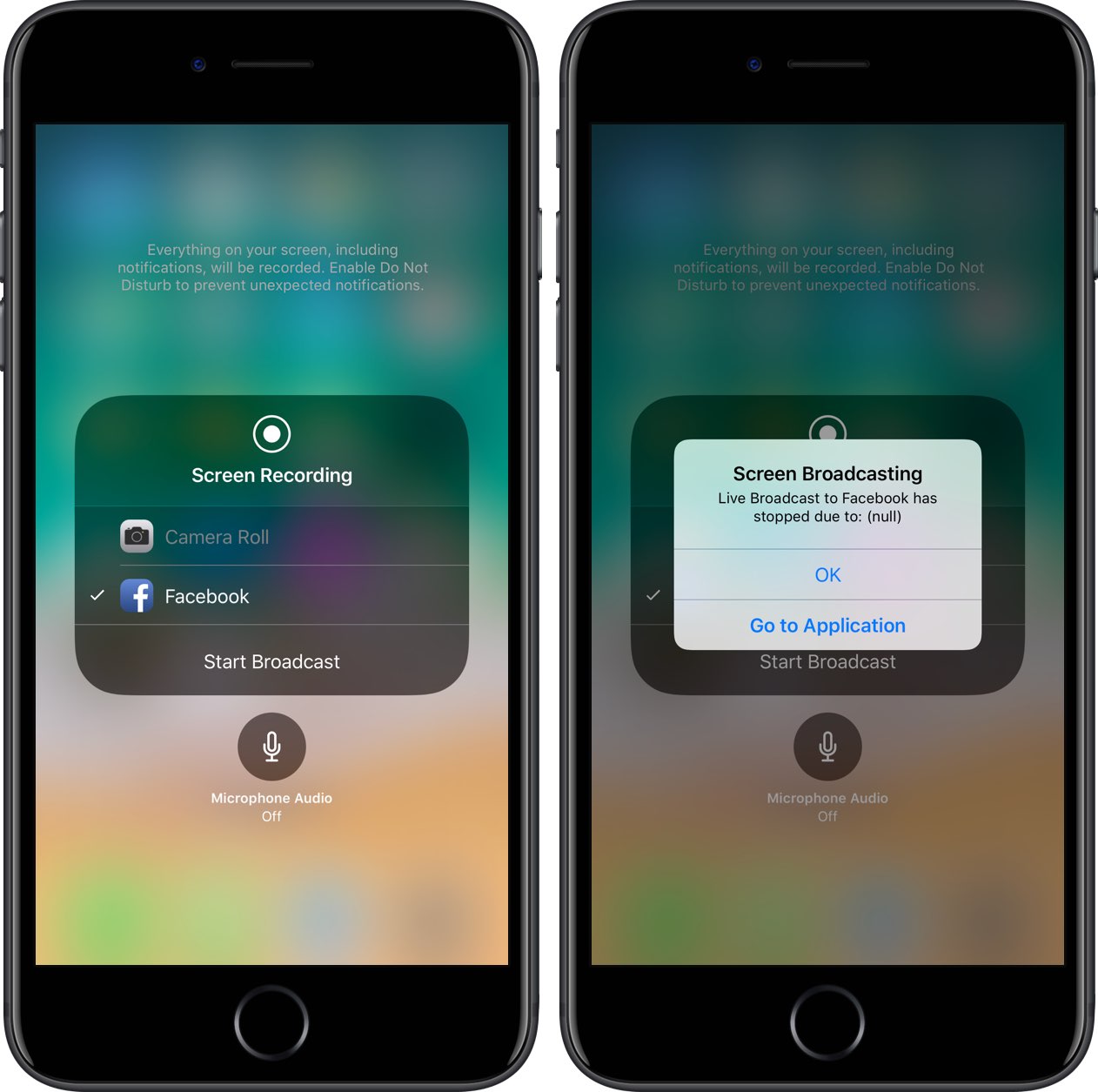 As noted Friday on Twitter by Abhijeet Gupta, updating your copy of the mobile Facebook app to the latest available build (version 156.0) adds Facebook as an option when pressing the Screen Recording widget in iOS 11’s Control Center with 3D Touch.

As evidenced by the screenshot top of post, selecting Facebook and pressing the Start Broadcast button yields an error message, indicating that this feature may need to be enabled on Facebook’s end. It’s also possible that an iOS update is required to enable this functionality.

According to Apple’s developer documentation, third-party apps can use Apple’s official APIs to implement screen broadcasting and the latest Facebook update may be using it to enable direct streaming of your screen recordings to the social network.

We’ll update this post when we have learned more about this feature. Have you seen this option on your device? If so, did you manage to get it to work?