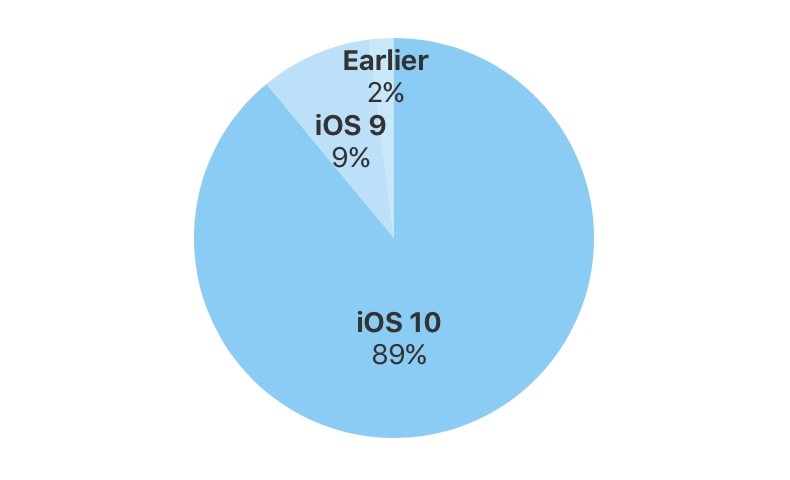 Ahead of the imminent launch of iOS 11, iOS 10 adoption rate has reached 89% of active devices, as measured by the App Store in September 2017. This represents a two percentage point increase since the last measurement in August 2017, where iOS 10 was powering 87% of devices.

iOS 9 is still powering 9% of devices, and earlier versions of the operating system are powering about 2% of devices.

In contrast, during the same period last year, iOS 9 adoption was at 87% of devices. This makes iOS 10 the most widespread version of iOS to date.