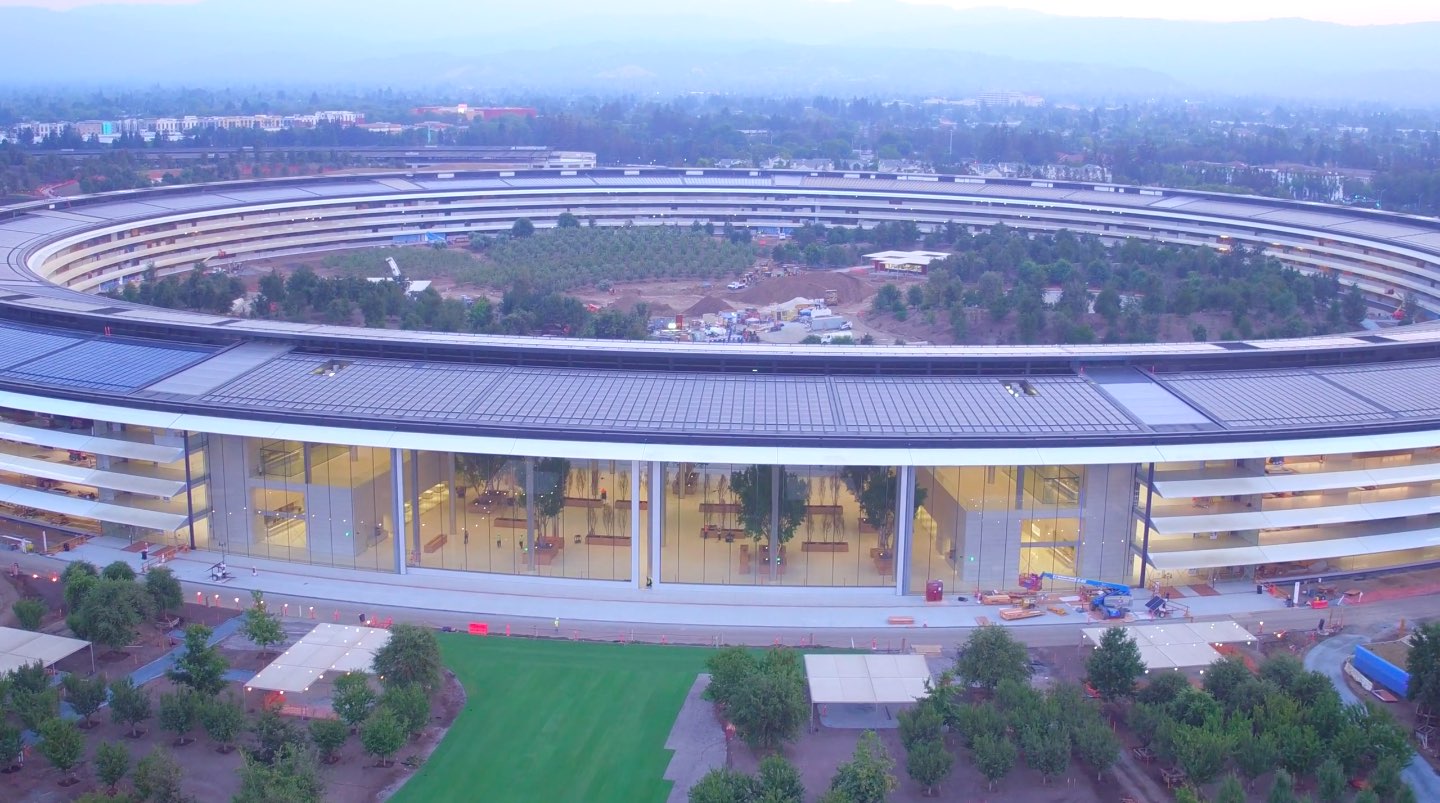 Filmed in late-August, it details the landscaping work and construction progress at the site as Apple continues to put the finishing touches on the massive ring-shaped structure.

Aside from the trees planted around the main building, many of which are fruity, we can now catch first glimpses of the interior greenery and furniture. The panels on the building’s rooftop along with the window shades appear to have been completely installed and ready to go.

The entrance to the underground Steve Jobs Theater, basically a 1,000-seat auditorium for future Apple events and presentations, is coming along nicely as well.

But, will it be finished in time for an iPhone event next month?

An extended-length version of this video in 360 degrees can be watched on YouTube in Chrome because Safari is currently incompatible with YouTube’s 360-degree video standard.

Alternatively, watch Duncan’s panoramic video in the YouTube app for iPhone and iPad. Simply move your device around to rotate your vantage point inside of the 360-degree video.