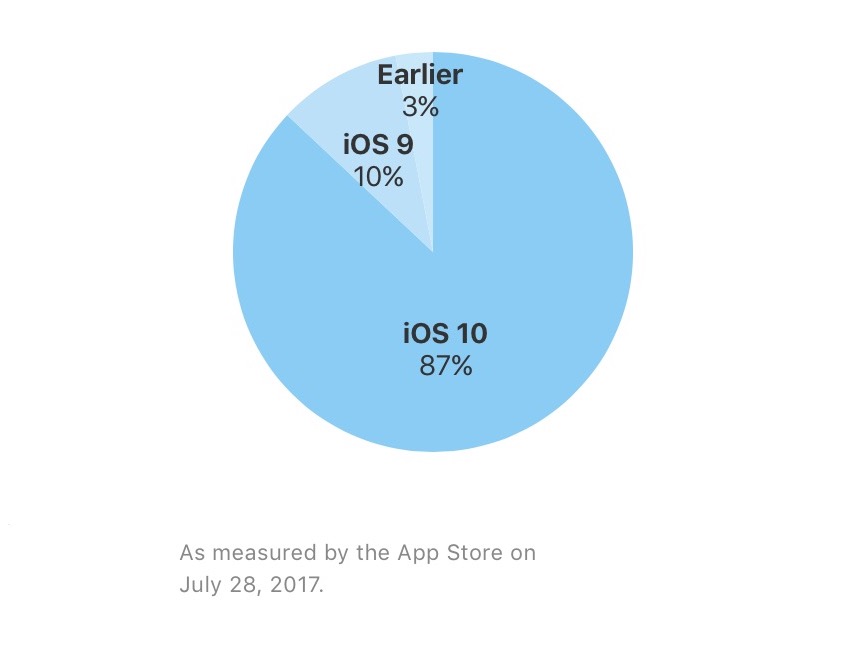 Apple has updated its iOS adoption rate page on Monday night, showing that iOS 10 now powers 87% of iOS devices, while 10% of devices still run iOS 9, and 3% run an even older version of the operating system.

The stats that were last updated on July 28, were acquired by aggregating devices that have accessed the App Store in the weeks prior.

Compared to last year’s numbers at the same time, it seems that iOS 10 is on par with its predecessor. Indeed, iOS 9 adoption rate was pegged at 87% as well when checked in July/August of 2016.

We won’t draw the comparison with Android adoption rate…