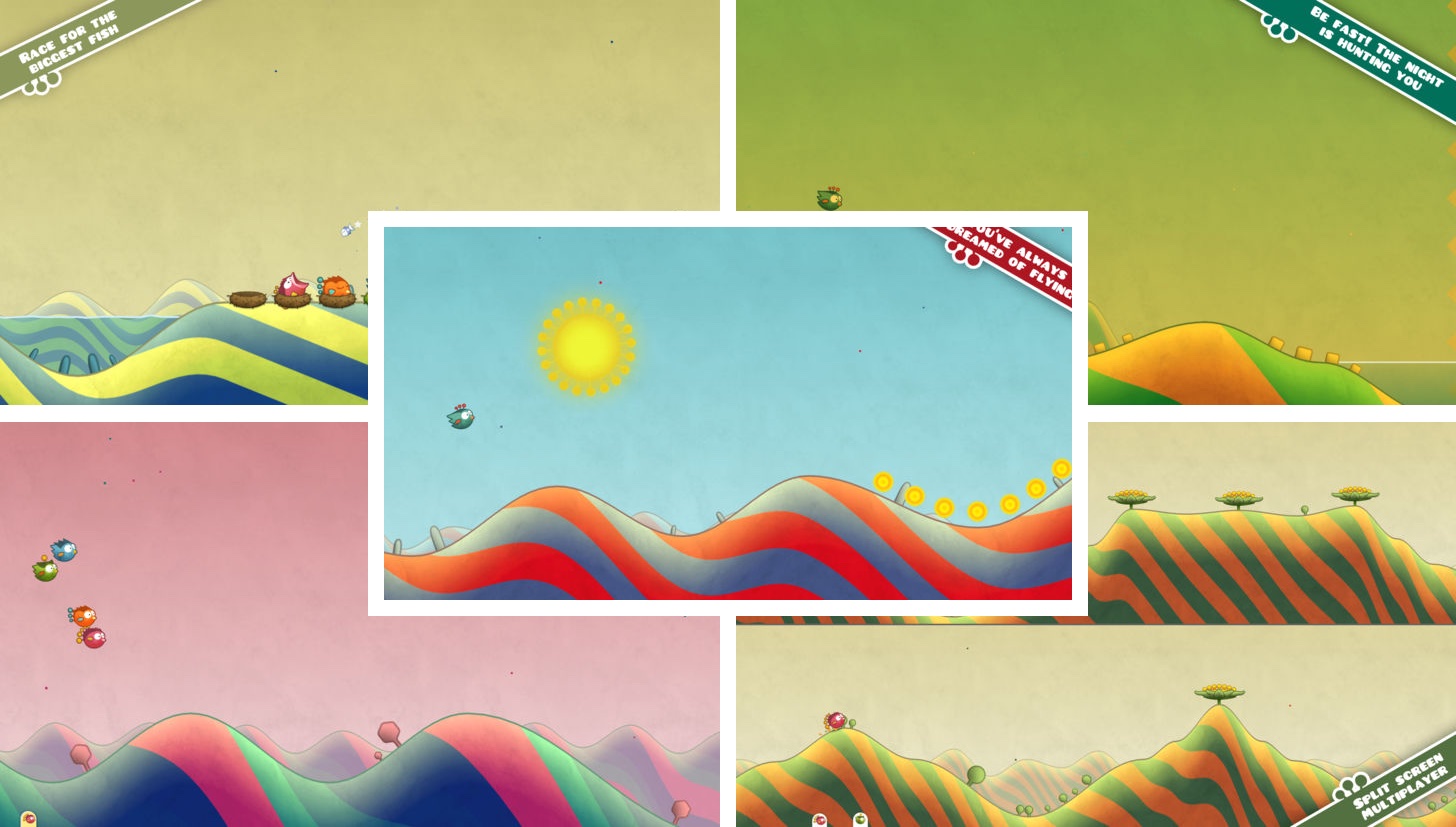 Like its iOS counterpart, Tiny Wings TV has you playing as a cute little bird with aerial navigation issues. You must escape the darkness of night, but the hills in your way hinder your speed so you must have good reflexes and a good sense of timing.

In Tiny Wings TV, the player uses the hills as jumps.

Simply slide down, flap your wings and fly—at least for a moment because this annoying gravity brings you back down to earth. You must watch out for the night and keep flying as fast as you can or flying will only be a dream once again. As you play the game, you’ll want to upgrade your nest by fulfilling various tasks, too.

Tiny Wings TV supports split-screen multiplayer for two players who can play the game together on a single Siri Remote, two Siri Remotes or MFi controllers. In addition, players can use Tiny Wings on iPhone and iPad as a controller.

Tiny Wings TV includes two modes: “Day Trip” and the new “Flight School” mode in which you play as the mama bird or one of her four children. “Flight School” features more than two-dozen handcrafted levels.

Your progress syncs between iOS and tvOS via iCloud. The colors, the mechanics, the music and the kinetic motion in Tiny Wings TV are all beautifully done and the procedurally generated graphics make the game look different every day you play.

If its iOS version is an indication, I’ll have a hard time putting Tiny Wings TV down.

Tiny Wings for iPhone and iPod touch is a 99-cent download from the App Store.