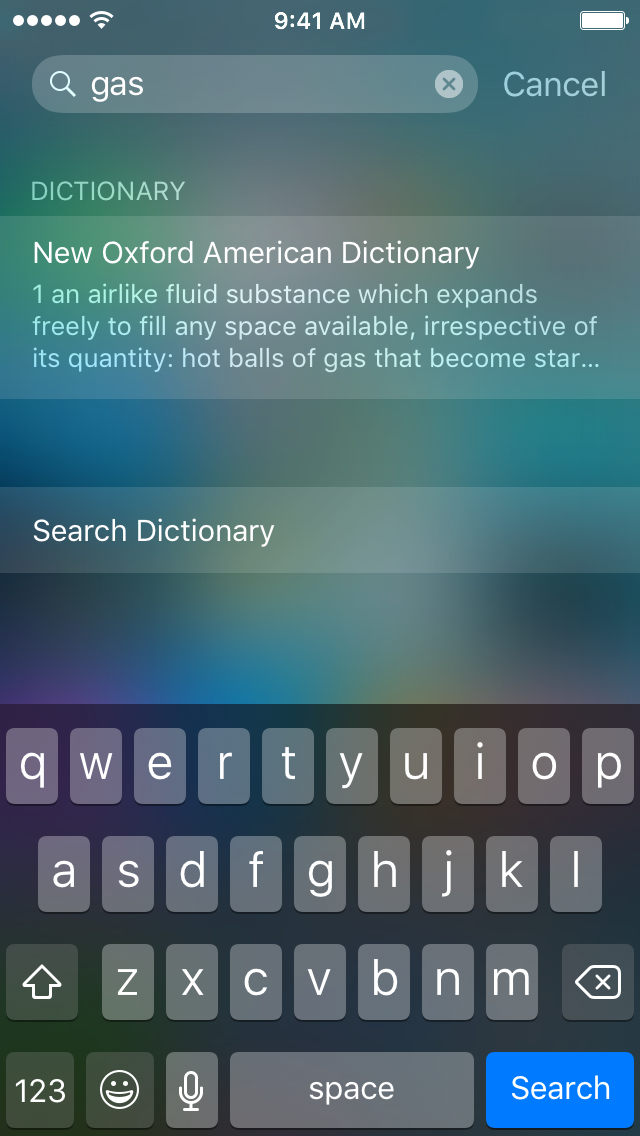 There come times when you need to define words quickly, and because iOS has no dedicated Dictionary app, there is really no convenient way to define a word when you’re stuck.

Rather than downloading a third-party dictionary app from the App Store to clutter your Home screen even further, a new jailbreak tweak called SearchDefine lets you define words via the iOS dictionary right from Spotlight.

The solution to the problem

When someone next to you uses a word you don’t understand and you want to quickly find the meaning of it, you’re going to find out pretty quickly that there’s nowhere in iOS to quickly search for the meaning of the word. iOS just doesn’t have a dedicated dictionary app to let you search for words like OS X does; on the other hand, iOS does have a dictionary built into it.

To access it, you would have to do one of the following things:

Among these options, the first is a pain in the butt, the second can pose a problem if you don’t have an internet connection, and the third just isn’t an option if you’re in a setting where you have to be quiet, such as a library. So… it seems like you really just need a better way to define words in iOS altogether.

With Spotlight, which is easily accessed from the Home screen, you can use SearchDefine to simply type the word into the text field and a Dictionary section will pop up with the definition of the word in the small text preview. This uses the built-in iOS dictionary, which is based off of New Oxford American Dictionary.

You can tap on the preview to further investigate the meaning of a word. This will open the full iOS dictionary with all of the possible meanings of the word: 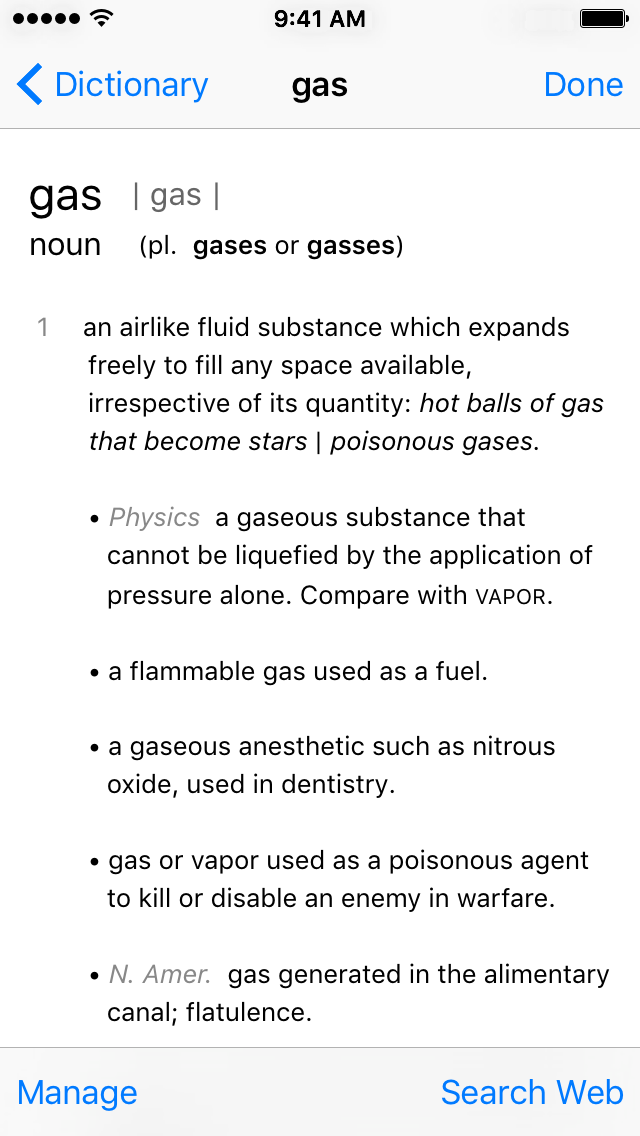 SearchDefine definitely seems to be a step in the right direction for helping users define words in iOS on demand.

There is some sluggishness to Spotlight after installing SearchDefine on my iPhone 5, and I haven’t had much of a chance to test it on newer devices because of the lack of a jailbreak, but I assume this is likely just an optimization issue with older devices.

All in all, this is a feature that I wish Apple would implement themselves, or at least give access to a dedicated Dictionary app on the Home screen like they do on OS X. It’s currently a real hassle to try to define a word unless you use Siri, which isn’t an option in many cases.

SpotDefine, a similar tweak, was available a few years ago but it seems it hasn’t been updated in a while and doesn’t support iOS 9.

For the fair price of $0.99, SearchDefine is available in Cydia’s BigBoss repository and will allow jailbreakers to quickly and easily define words right from the Spotlight UI in iOS. Its implementation looks clean and Apple-esque, and it gets the job done.

How often do you find yourself wishing it was easier to define words in iOS without having to download a third-party app? Share in the comments below!