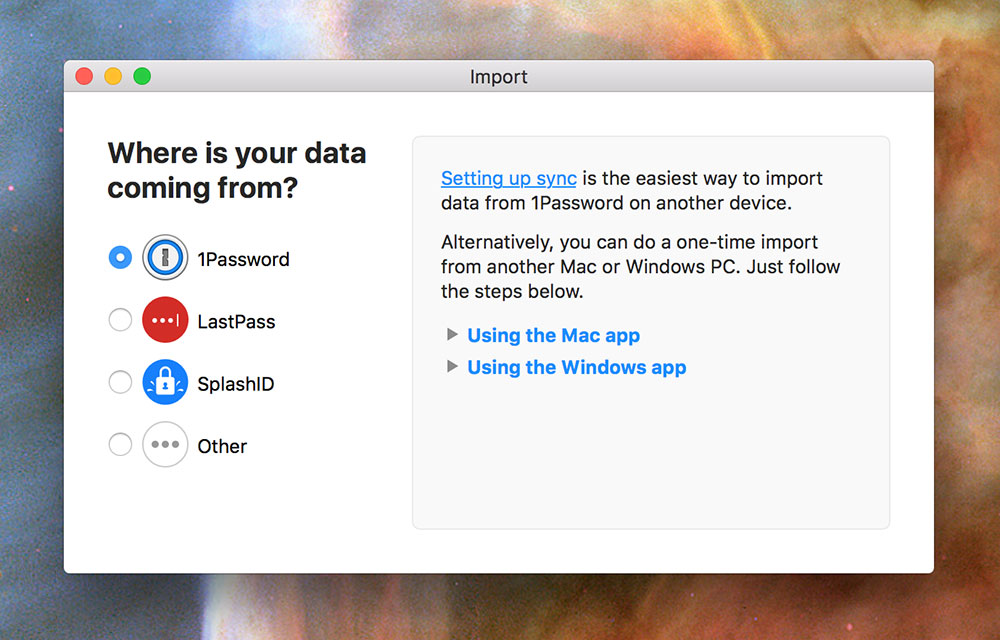 Available in the Mac App Store at no charge for existing users, this particular update sports some interesting new options for 1Password’s data importer and includes a much improved browser extension that can now automatically name the login it creates, among other enhancements.

As evidenced by the screenshot top of post, 1Password’s data importer has seen some improvements in version 6.2 update, making it easier to import your information from other password managers for the Mac, including LastPass, SplashID and other.

As for 1Password’s browser extension, it now fills your information more accurately than before thanks to an enhanced brain that powers it, and it’ll now try to automatically name the website logins it creates.

Other changes in this release include making 1Password mini faster and play better with multiple active Chrome profiles, the ability to restore existing data from iCloud when you’re setting up 1Password on your Mac and more.

For other changes, check out the full release notes for 1Password 6.2 for OS X.

1Password for iOS is a freemium download from the App Store, with advanced features locked behind optional In-App Purchases. Versions for other platforms can be downloaded through the AgileBits Store.