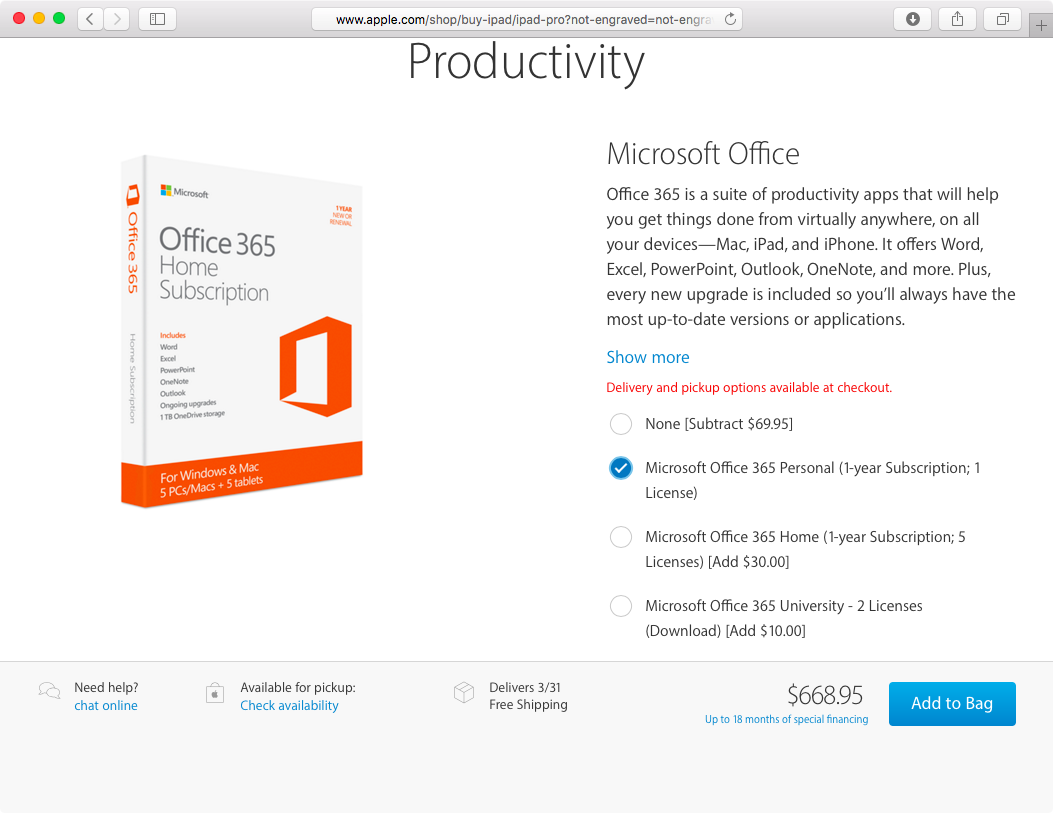 As first noted by The Verge, Microsoft Office 365 also appears as a recommended option when purchasing other iPad models, including the 12.9-inch iPad Pro, iPad Air 2, iPad mini 2 and iPad mini 4.

While this might come as a surprise, I’m not shocked.

Apple has positioned the iPad Pro as the ultimate PC replacement and anyone who’s going to do any serious work on their iPad will need Microsoft Office apps. True, Apple provides its own suite of iWork productivity apps at no charge—Pages, Keynote and Numbers—but I think even Apple is aware that their offering is not yet on par with Microsoft Office apps, which now support the Apple Pencil, by the way.

It should be noted that while Word, Excel, PowerPoint, OneNote and other productivity apps from Microsoft are available free on the App Store, owners of the iPad Pro are required to subscribe to Office 365 in order to use these apps due to Microsoft’s policy which treats larger tablets as non-mobile devices.

Office 365 subscriptions are available through the In-App Purchase mechanism and start at $6.99 for Office 365 Personal, which gives you access to Word, Excel, PowerPoint and other Office apps on both your iPad and Mac.