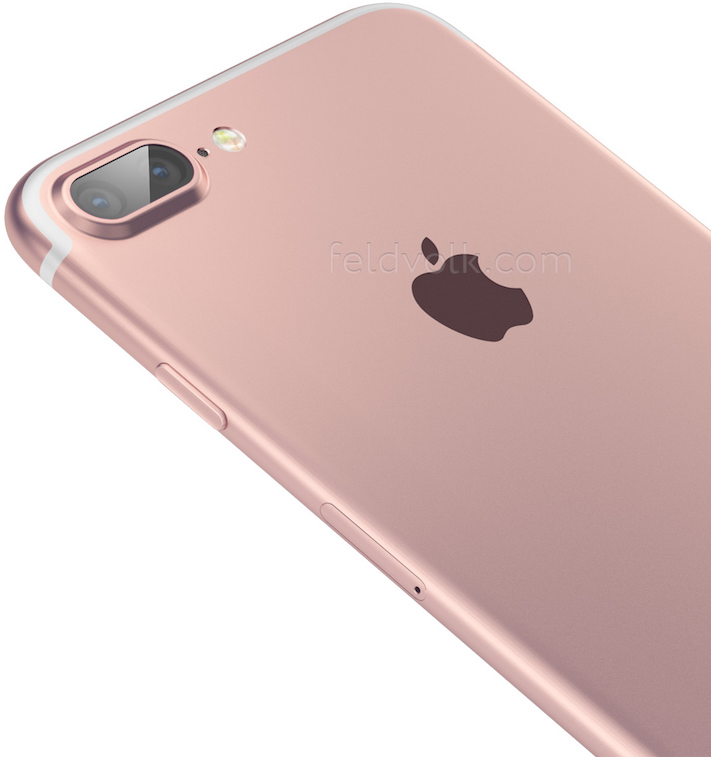 Modified Russian accessory vendor Feld & Volk, known for customizing iPhones with luxury parts like solid gold volume buttons, has posted a set of renderings based on multiple rumors that call for an iPhone 7 without visible band seams on the back.

Relayed by MacRumors, these high-quality renderings depict what the iPhone 7 would look like assuming the clean back rumor is accurate.

The top photo gives a closeup view of the iPhone 7 Plus’s rumored dual-lens camera that’s nearly flush with the chassis. The renderings imagine the two rear cameras as housed inside an oval-shaped cutout.

We also get to see a microphone and dual-LED flash, like on prior iPhone models. Near the bottom on the back are three dots which could be for a Smart Connector, a new magnetically attached interface for accessories.

“Based on its research, Feld & Volk believes that both the iPhone 7 and 7 Plus may include a dual-lens camera, contradicting several other claims that the camera will be unique to the larger iPhone 7 Plus,” notes MacRumors.

The top and bottom antenna bands are nowhere to be seen on the images. 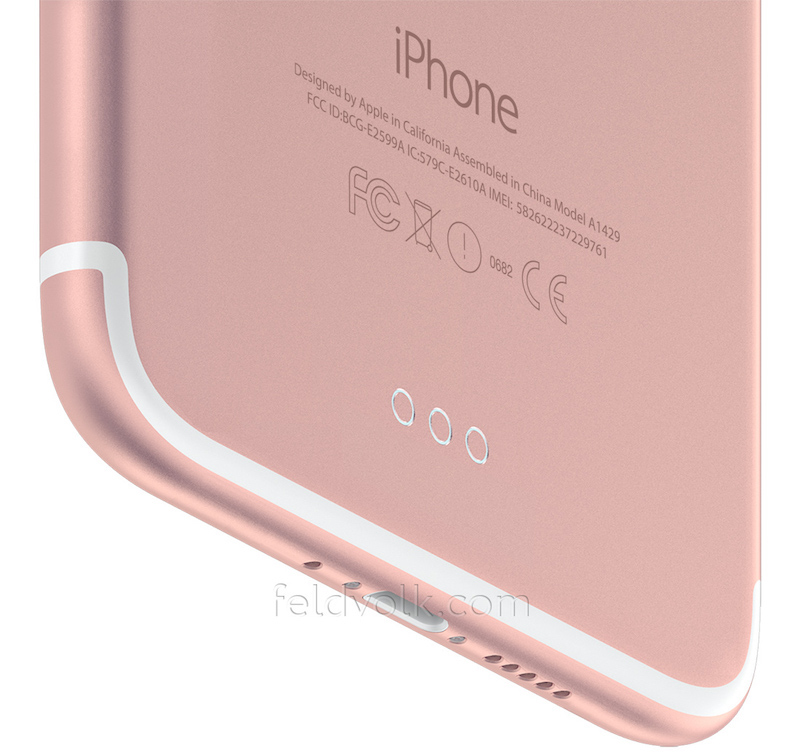 As for the dimensions, Feld & Volk thinks the iPhone 7 will be 6.1 mm thick without the camera protrusion versus 7.1mm for the current-generation iPhone 6s and in line with the sixth-generation iPod touch. 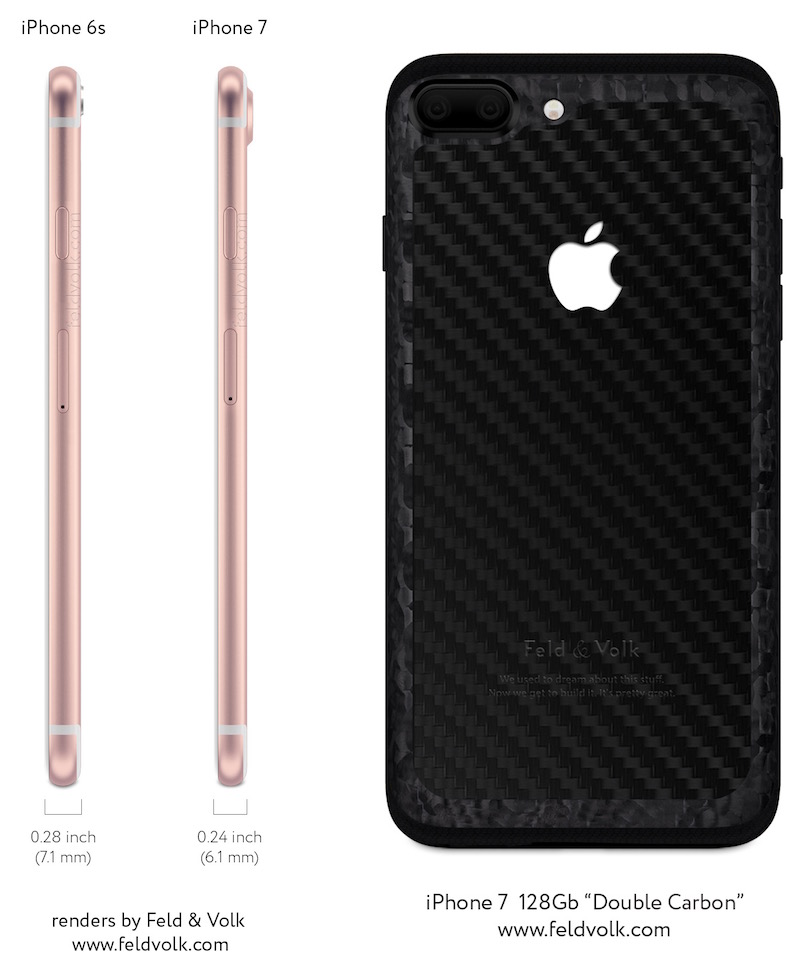 Another high/quality rendering, seen above, shows a 128GB iPhone 7 with Fold & Volk’s “Double Carbon” modification. The modification company is already prepping its own custom versions of the iPhone 7.

Other design details seem to corroborate rumors that the iPhone 7 will have an iPhone 6s/style exterior design wit the same unibody aluminum shell, pill-shaped volume buttons and a side-facing power button like the current generation.

Recently leaked CAD drawings from Apple supplier Catcher Technology depict a device that resembles an unreleased iPhone 7 model with roughly the same dimensions as the current generation, but without visible band seams on the back. 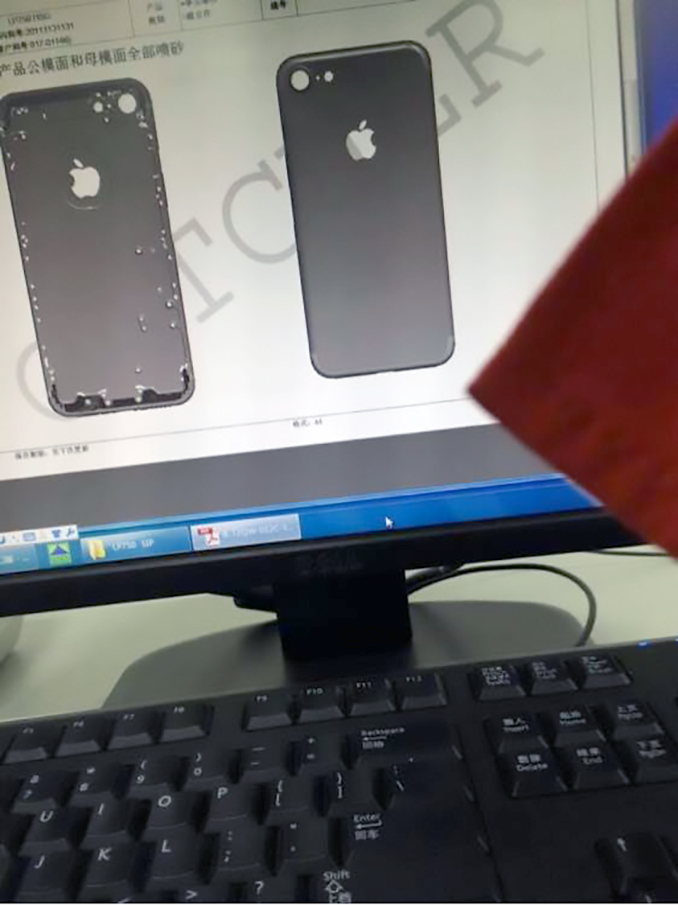 As you know, Apple will be holding an invite-only press event on March 21.

Based on rumors, Apple is expected to unveil a new four-inch iPhone SE model, a smaller 9.7-inch iPad Pro, new Apple Watch bands and possibly update or announce other products and/or accessories, like a 4K-capable Thunderbolt Display.