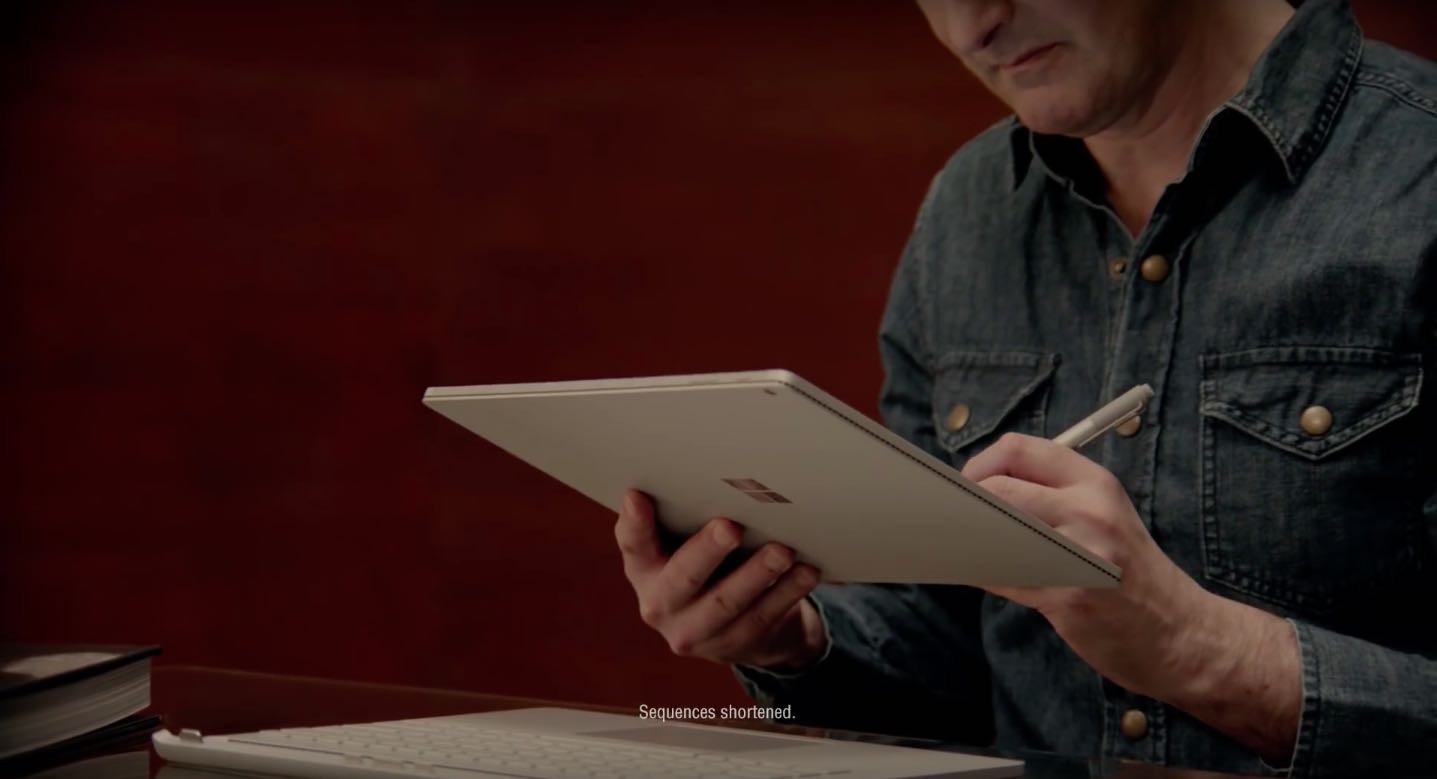 Microsoft is back at it with new commercials that build up to the “I can’t do that on my Mac” tagline.

The Windows giant kicked off the new theme with commercials for Windows 10 that highlight some of the things “Macs can’t do” such as its built-in Cortana personal digital assistant, support for inking and drawing on notebooks with built-in touchscreens and the ability to log in to Windows with your face.

Yesterday, Satya Nadella & Co. posted new commercials for its Surface Book, a device marketed as “the ultimate laptop” because it’s performant and versatile. The commercials, first spotted by The Loop, gush over Surface Book features such as a high-resolution screen and the responsiveness and precision of its stylus.

And two more ads, these ones detailing the Microsoft stylus with 1,024 levels of pressure sensitivity and the Surface Book’s high quality 3,000-by-2,000 pixel resolution screen. Both ads close with a ”I just can’t do that on my Mac” tagline.

“No matter what you’re creating, do it better on Surface Book,” reads the description. “With the power to run the software you need in an incredibly light body, plus a Pen and beautiful touchscreen, Surface Book is revolutionizing the way you work.”

As observed by The Loop, Microsoft’s ads also use a version of “Song” by Kidstreet which Apple used in its 2012 commercial for the Retina MacBook Pro.

Now, the Surface Book is definitely an interesting machine, but it’s also very pricey. At $1,899 for the mid-range model with half the GPU memory and a Core i5 dual core processor, it’s no match for the 15-inch MacBook Pro with its high-quality Intel series i7 quad core processor and two gigabytes of video RAM.

The flagship Surface Book model with 1 TB of flash storage and a Core i7 processor is $3,200, by the way. It is true, however, that the Retina screen on Mac notebooks does not quite match up the Surface Book’s high-resolution display.

Besides, I think the real competitor to the Surface Book here is the iPad Pro with the Apple Pencil. So, what’s your opinion about Microsoft’s new ads?

Source: Microsoft via The Loop