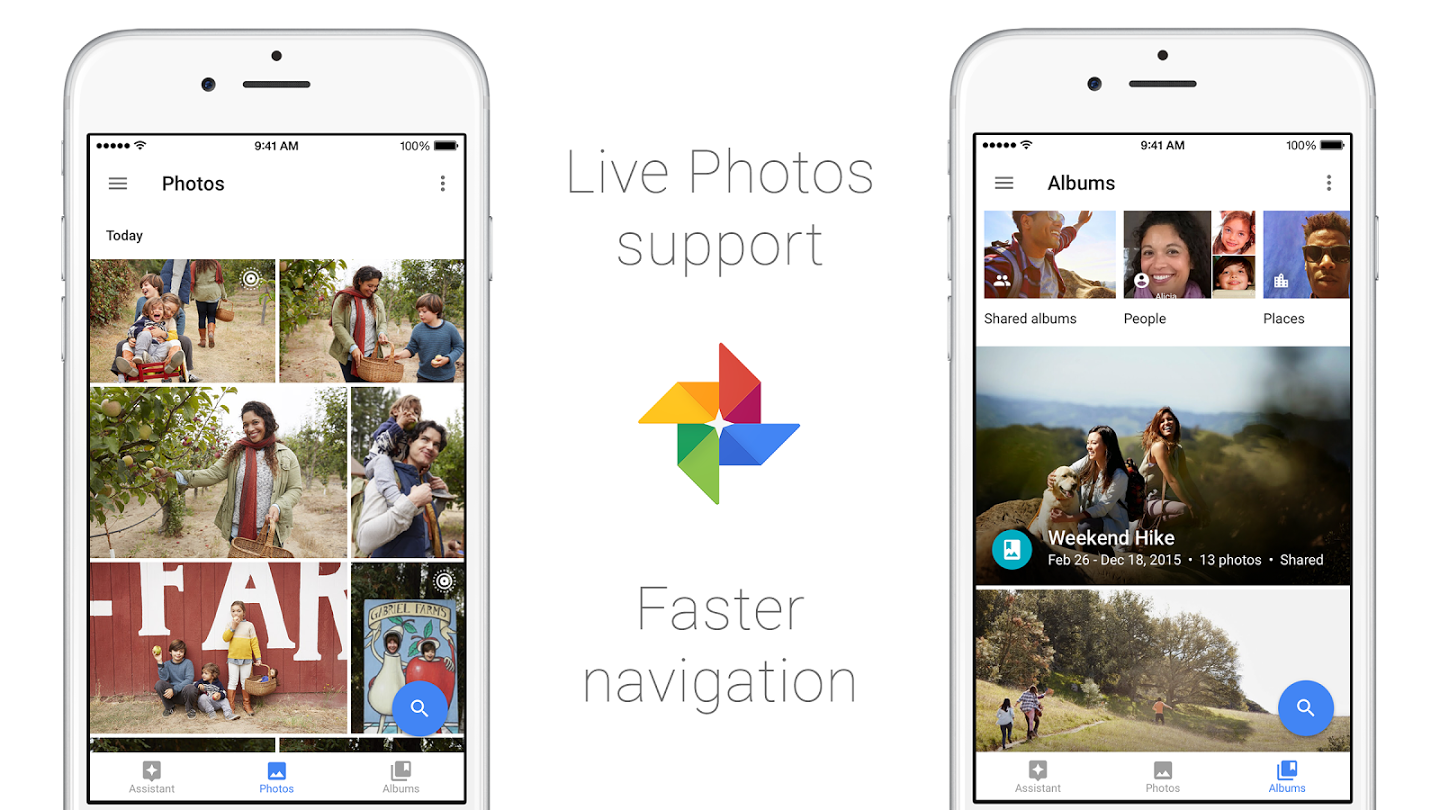 Following its announcement that it will be shutting down the Picasa desktop app and the Picasa Web Albums online photo-sharing service, Google is doubling down on its mobile Photos app for iOS and Android.

“Back up your Live Photos and view them on any iOS device, including your iPad and previous generation iPhone,” writes Google.

On the web, users can download Live Photos in a photo & video bundle.

In addition, the app sports improved navigation with a brand new bottom bar for moving between different views. Your Collections have been renamed to Albums and the all-new Albums view with a scrolling carousel makes it easier than before to access your shared albums, people, places, things, videos, collages, animations and movies.

RELATED: Best services to store photos in the cloud

Google Photos requires an iPhone, iPod touch or iPad with iOS 8.1 or later.

Google Photos is available free in the App Store.