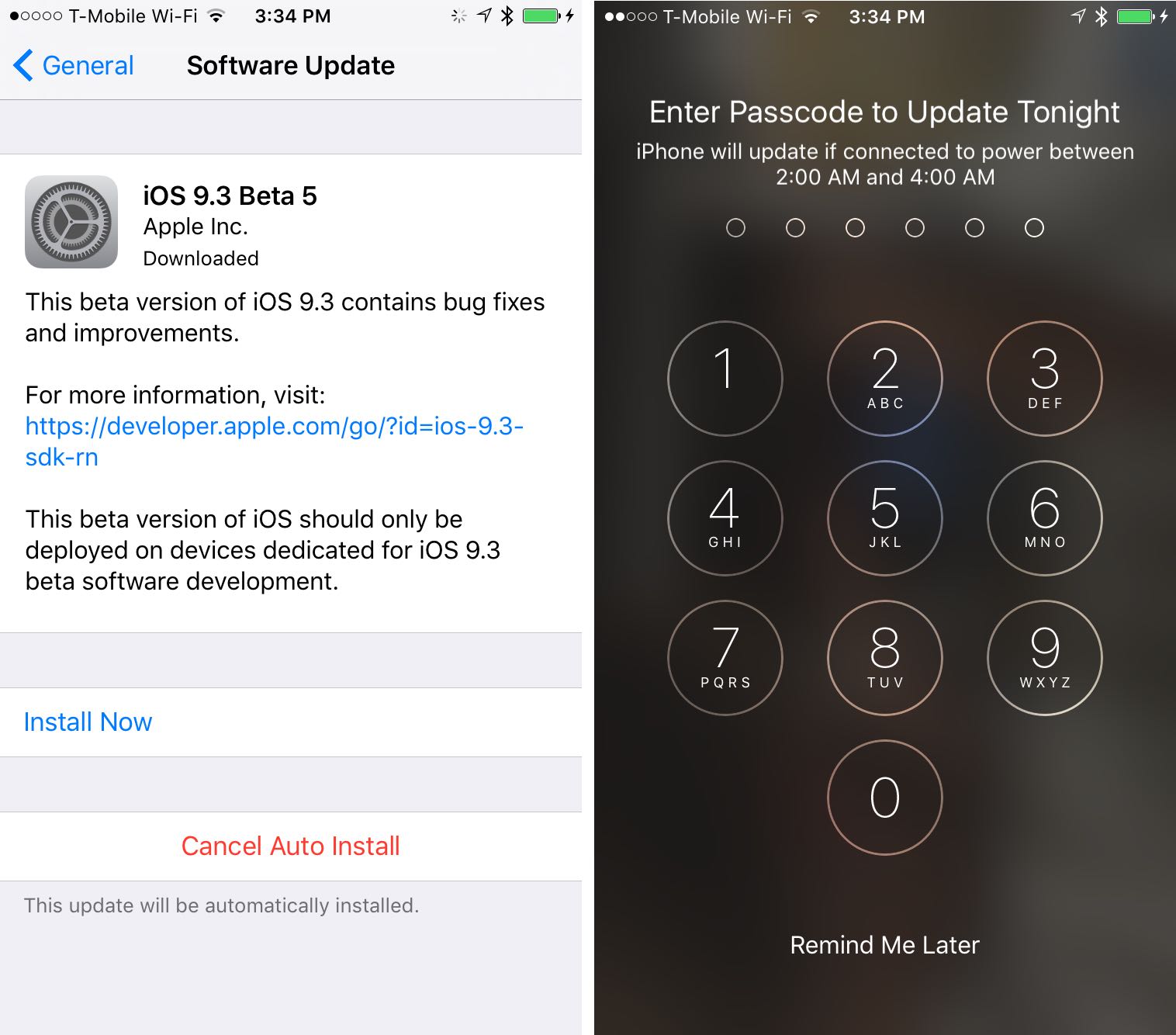 Since iOS 9, the Software Update mechanism allows users to elect to have iOS automatically install a new operating system update in the middle of the night.

The Auto-Install option appears in the Settings → General → Software Update section after your iPhone, iPod touch or iPad has downloaded a new firmware update.

In prior iOS versions, the new firmware would download automatically and there would be two options given: Install and Later. In iOS 9 and later, however, tapping the Later option gives you additional options allowing you to update the device tonight or be reminded about it later..

UPDATE: An earlier version of this post incorrectly stated that this feature is new in iOS 9.3 whereas it has been available since iOS 9.0.

The new screen asks the user to type in their passcode to enable the Auto-Install option. If not passcode is set on the device, tapping Later won’t require verification.

Once the passcode has been entered, the Settings interface tells you that the new firmware will install automatically and gives you the option to opt out. It looks like iOS will then install the software update in the middle of the night, between 2-4 am.

In prior iOS versions, choosing Later would require you to go into Settings → General → Software Update and tap Install to have iOS install the new firmware.

It appears that the install time changes automatically based on how you use your device, as determined by iOS’s Proactive feature. As evidenced on the screenshot below taken on my iPod touch, Proactive has determined a different time to auto-install the new firmware. 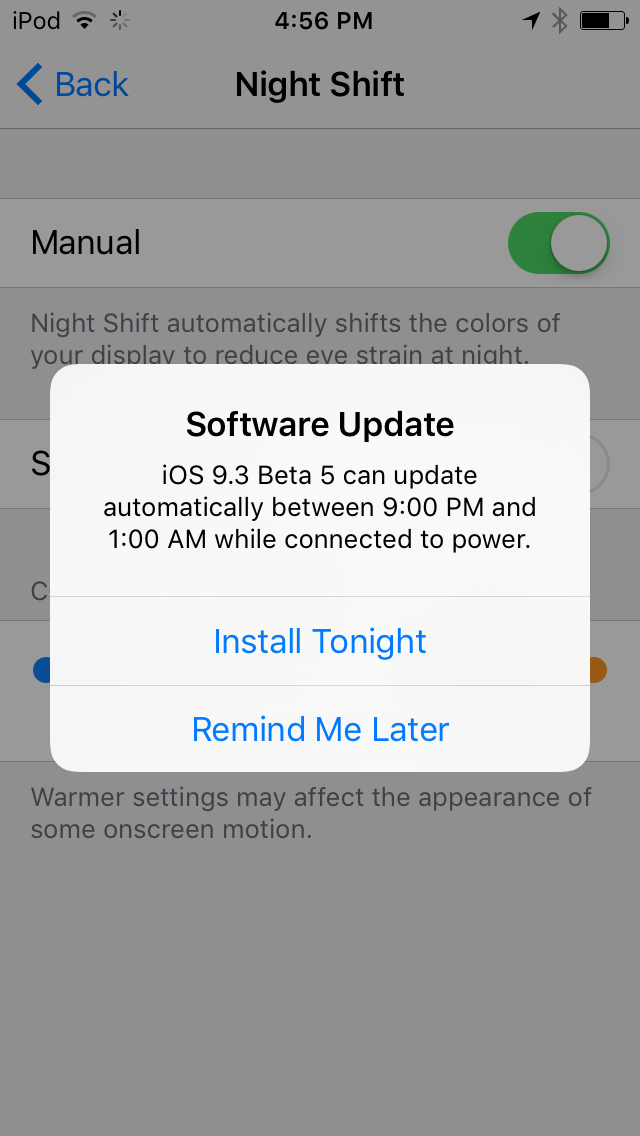 By the way, tapping the Remind Me Later option will now prompt the operating system to create a reminder to install the update, which is also new. It doesn’t seem to be possible to re-enable the Auto-Install option after tapping Cancel Auto-Install.

This is an interesting development.

The Mac has long allowed users to elect whether they would like OS X software updates to be installed automatically by selecting options in System Preferences → App Store. 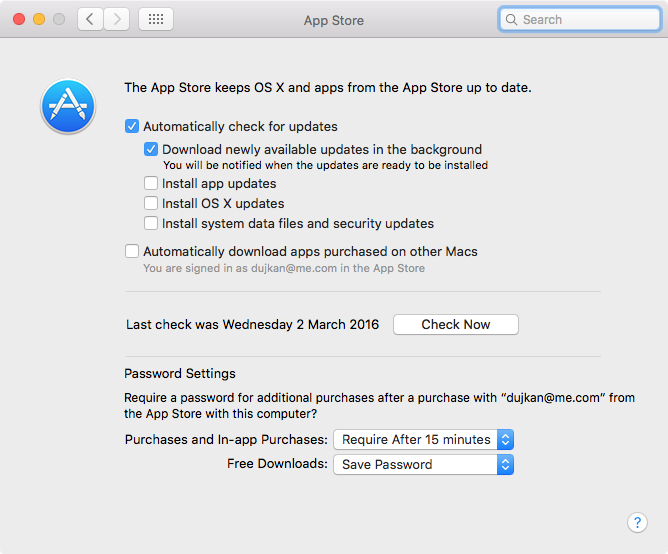 iOS has never had that option as it requires users to specifically grant their permission to install any newly downloaded over-the-air software update. Currently, users can in Settings → iTunes & App Stores elect to have their device automatically download music, apps and books purchased on another device. 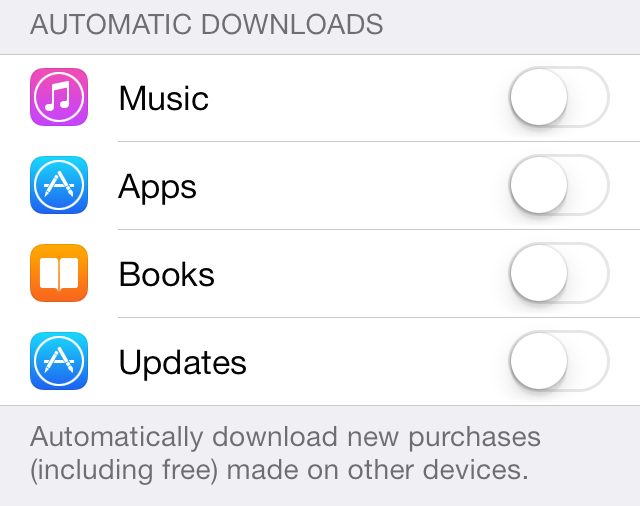 Starting with iOS 7, iOS will automatically download a new software update to the device as it becomes available and when the device is connected to power and a Wi-Fi connection. Additionally, the Updates switch in Settings → iTunes & App Stores tells iOS to automatically install app updates through the App Store.

With the new Auto-Install feature, users can now choose to have iOS automatically install the newly downloaded firmware at the most opportune moment, typically in the middle of the night when your device is not being actively used.

What do you think of this new feature in iOS 9.3?

Hat tip to iDownloadBlog reader Ethan Humphrey who tipped us on this.