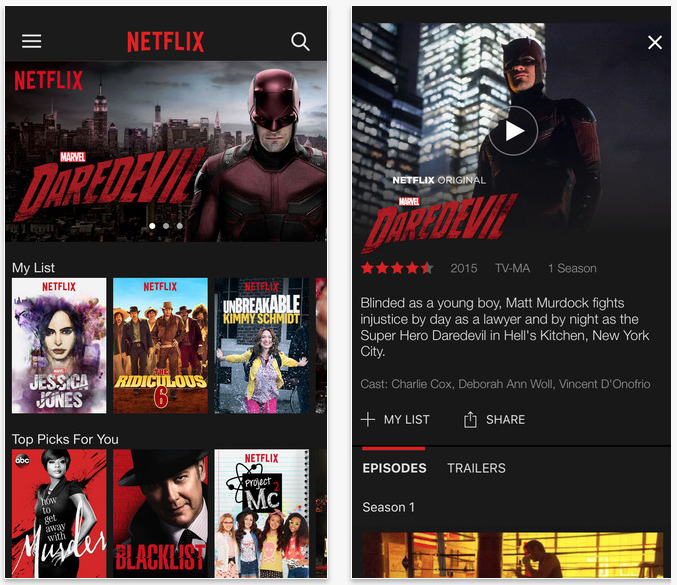 Netflix on Wednesday pushed out an update for its iOS client, bringing the app to version 8.0. The release is significant in that it features a number of improvements, including a better Kids experience on iPad and new Post-Play experience on iPhone.

Version 8.0 also features native support for Apple’s just released iPad Pro, meaning the layout has been optimized for the tablet’s 12.9-inch screen to show more content per screen, as well as support for 3D Touch actions like Peek and Pop within the app.

You can download Netflix from the App Store for free, but you’ll have to pay $10 per month for the service.