A lot of times when downloading and trying out games from the App Store, I find myself dissatisfied with the game just minutes or hours after playing it. It’s not always easy to find those hidden gems that Apple fails to give the spotlight to, but when stumbling across one, I’ll easily get addicted to the game and not want to put the game down.

An overview of the gameplay

In the game, you’re given a handful of elements to start out with. These are typically lower atomic number elements, such as Hydrogen (1), Helium (2), and Lithium (3). As you move, turn by turn, you’ll add more elements to the table, and you’ll combine the smaller ones to create larger ones. 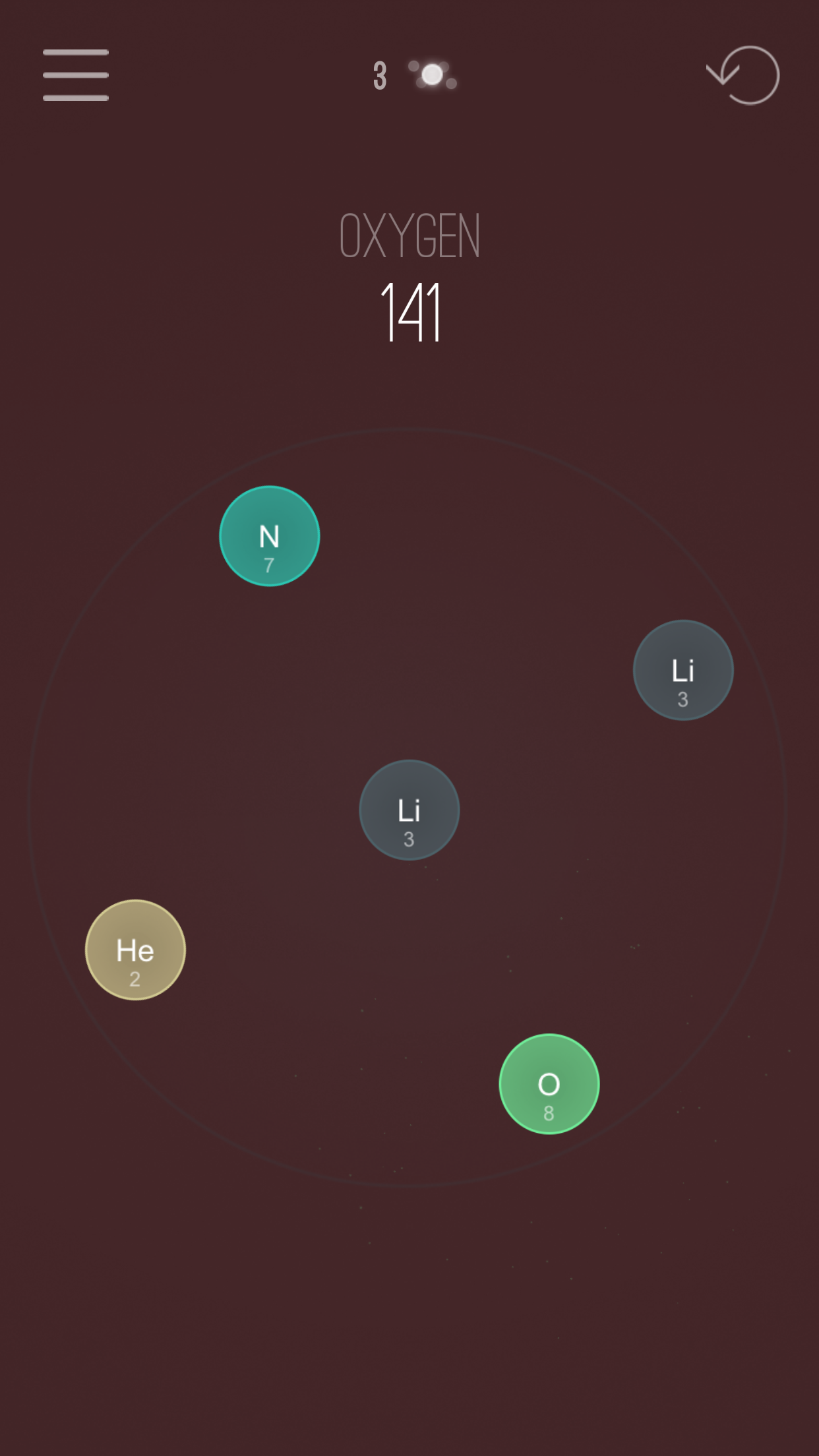 You essentially want to create symmetry between two halves of the table because occasionally you will receive a red “+” orb, which is used to combine two like atoms to create one with a larger atomic number. The more symmetry that you have, the more chain reactions you’ll get between like atoms, which leads to a higher score down the line and also leads to atoms with significantly higher atomic numbers. 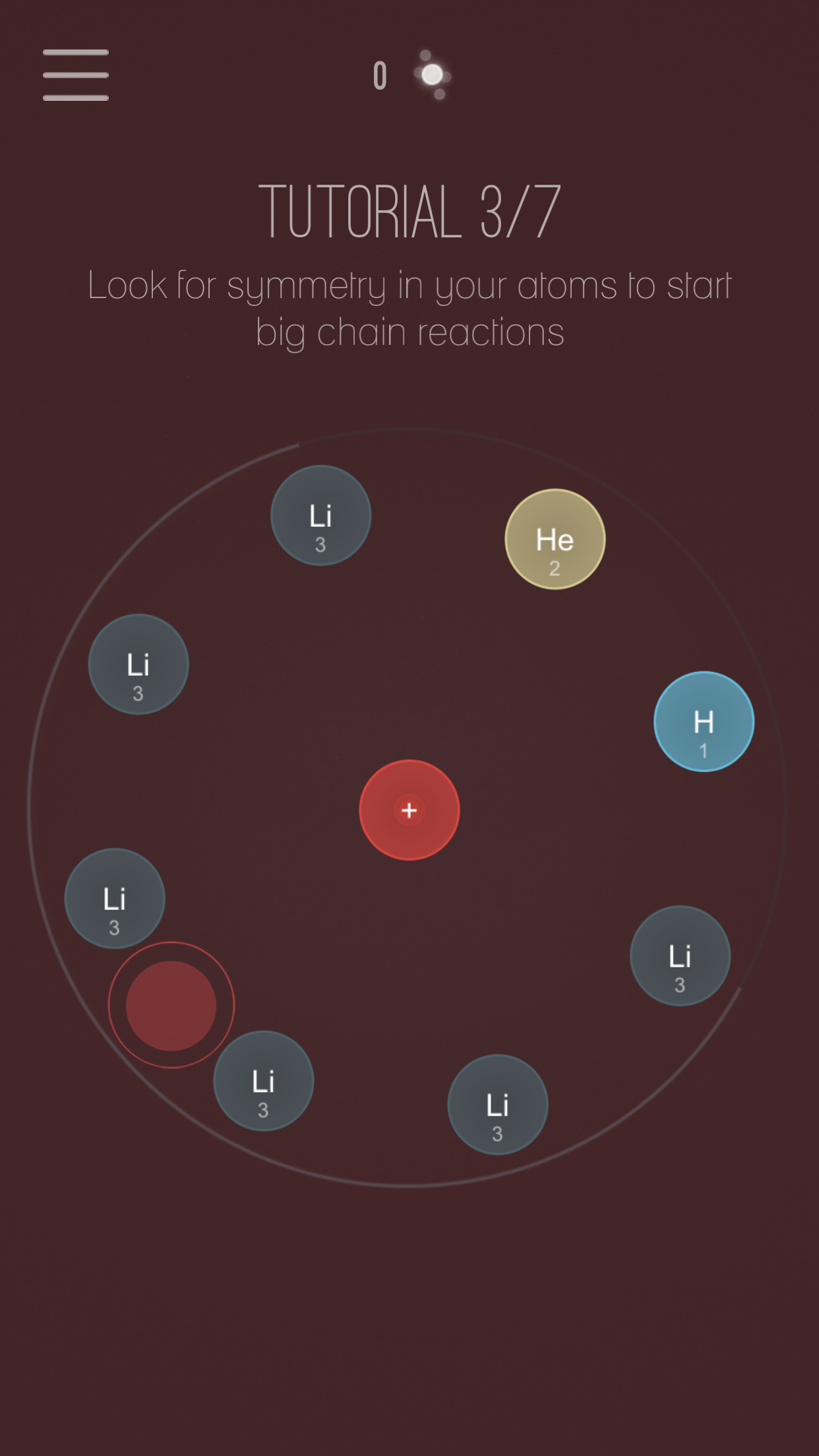 In the case of the example above, the “+” orb will combine all six of the gray Lithium element orbs and the blue Hydrogen and golden Helium orbs would both remain as they’re not matching elements. When the six gray Lithium orbs are combined, the atomic numbers will be added together to make an element with the atomic number of 6, which would be Carbon. 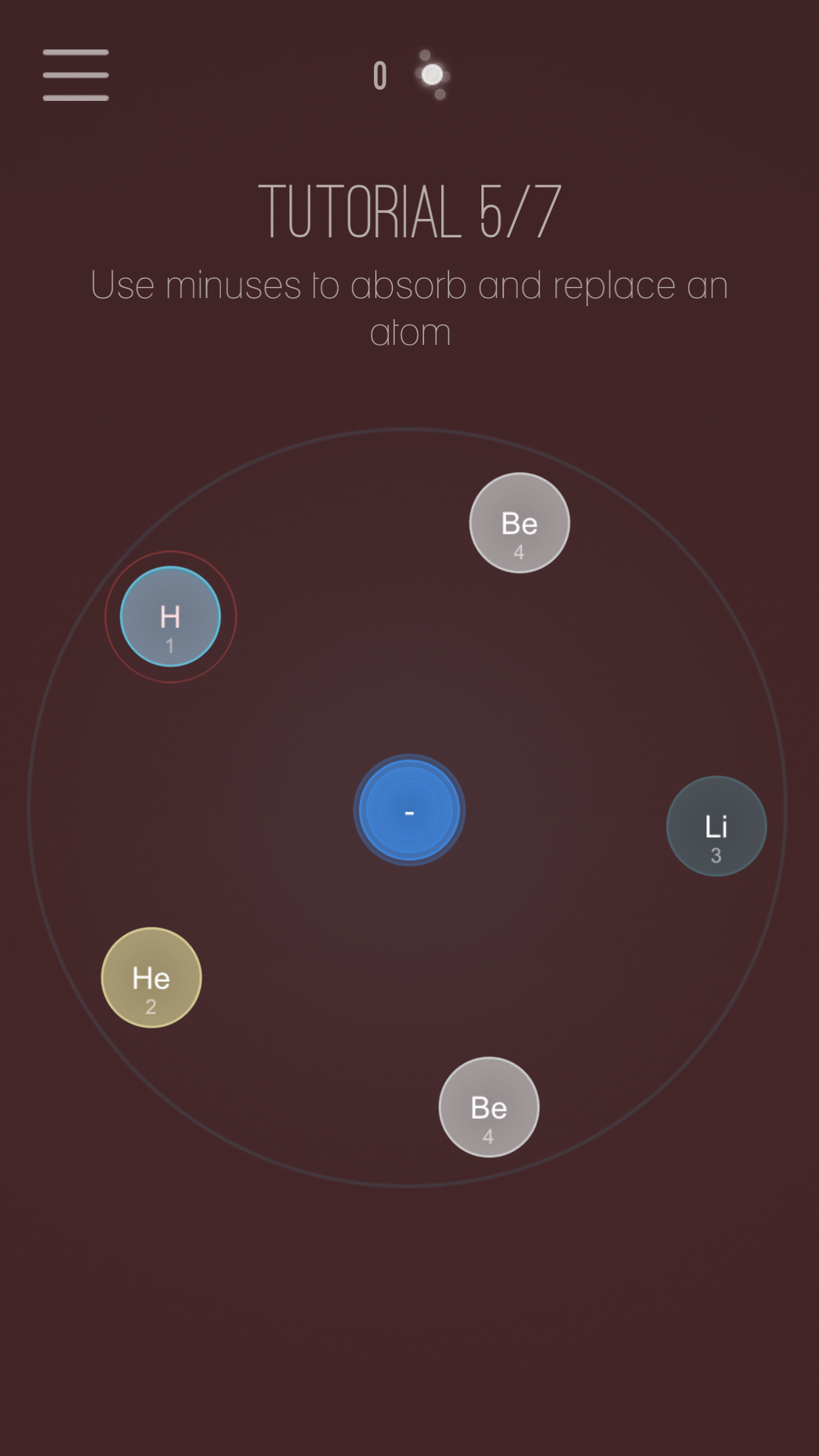 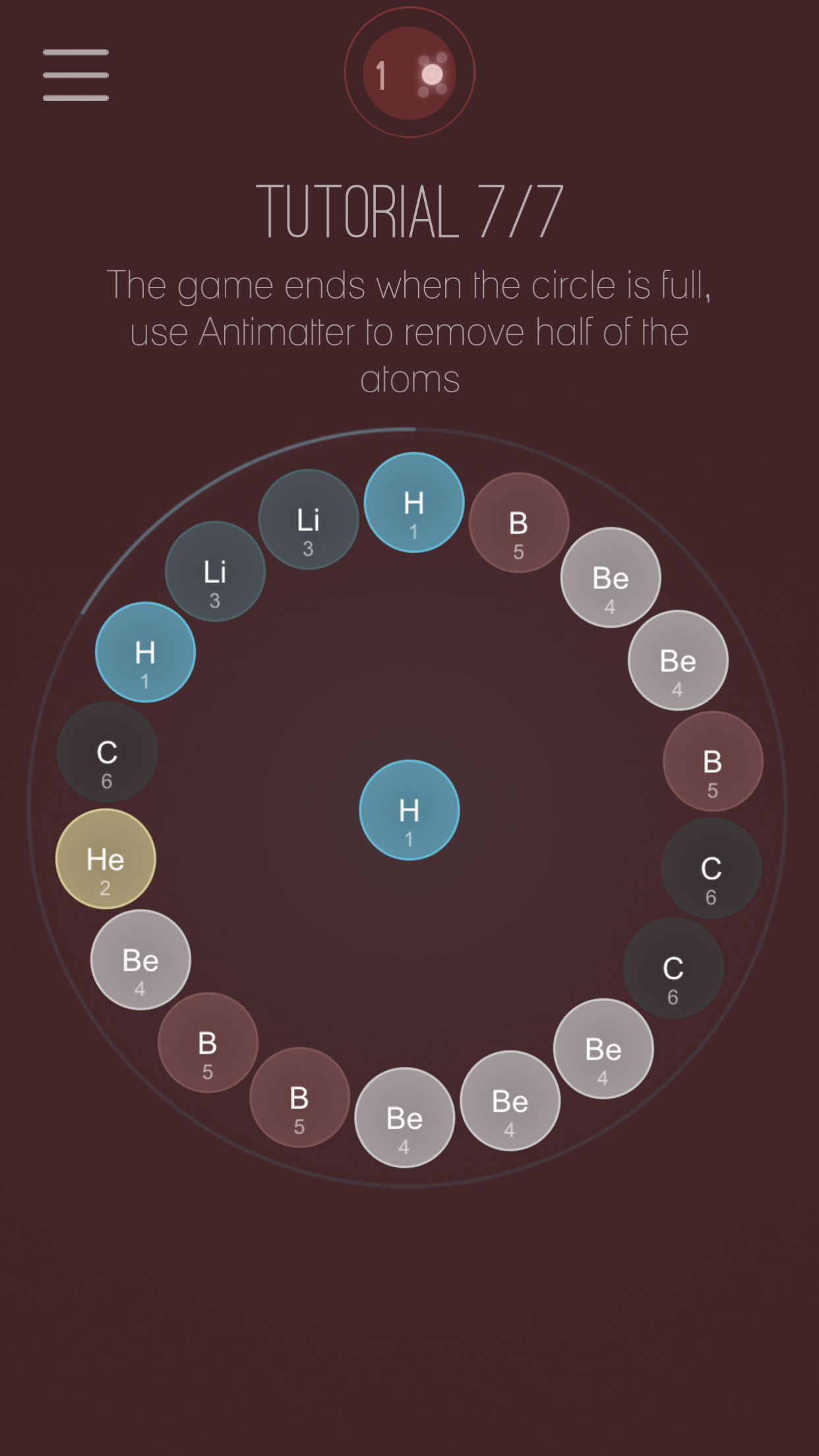 For this reason, strategic placement of your elemental orbs is highly recommended so that you can clear them from the screen as quickly as possible before the number of elements you have on the table grows.

Fortunately, even if it seems like you’re stuck, despite all attempts to strategically place elemental orbs and efficiently use “+” and “-” orbs to keep the amount of elemental orbs down, there are a few other tips and tricks we can offer you that might help save your skin before the dreaded “Game Over” screen appears.

A few other tricks

Another thing to keep in mind is that the developer gives you a small cheat that you can make use of when you’re feeling like there’s no way out. Dubbed “antimatter,” these cheats appear at the top center of your gameplay experience and can be used to completely clear the screen when you’re getting close to the end of the game and have no moves left. You’re limited to 3, and have to purchase more with in-app purchases to get more, so use these wisely.

There are also other special orbs you’ll come across throughout the game, but they typically reveal themselves at advanced stages in the game, so we’ll leave their discovery to you!

Atomas, with its incredibly easy-to-learn rules, beautiful in-game animations and sounds, and entertaining gameplay will keep you playing for a long time to come. There’s just something about wanting to beat your latest score that makes you want to keep coming back, and with full Game Center support, you can even invite your friends to try and beat your score.

You can download Atomas from the App Store for free from this link. Let us know what you think about it in the comments below!