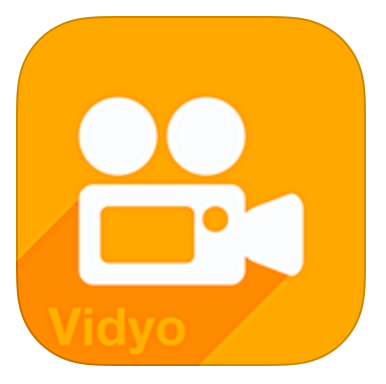 Vidyo is a new screen recorder app that recently appeared in the App Store. First discovered by MacStories, the $4.99 app is not cheap, but it works.

By simulating an AirPlay Mirroring connection to itself, Vidyo is able to capture any screen displayed on your iPhone. Once recording is completed, users have the option of doing additional post processing and saving the video to the Photos app.

If you want the ability to record your iPhone’s screen natively without relying on jailbreaks or external hardware, then you better act fast and purchase and backup Vidyo. This app will likely be removed soon, as it features functionality that Apple’s reviewers have previously rejected apps for once discovered.

I’m actually uploading a video that showcases Vidyo in action, but that upload will take a few more minutes [Note: it’s up now]. I wanted to get this post to you as soon as I could, because there’s no telling when Apple will put the axe in this app. 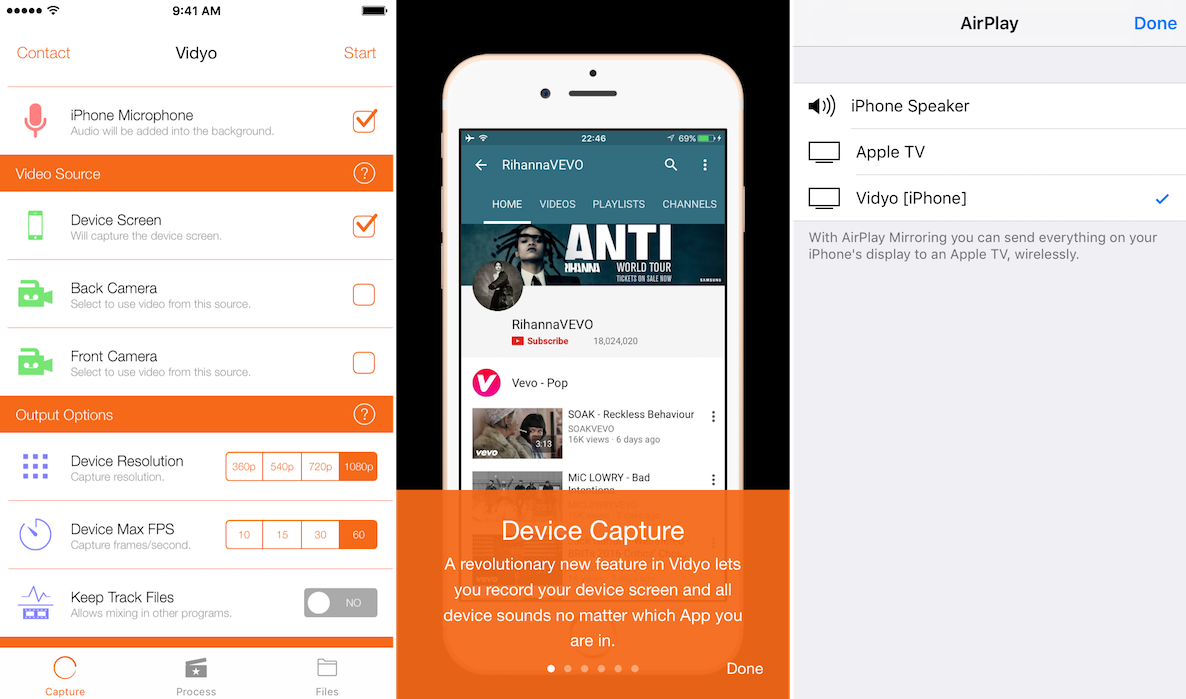 Take it from me when I tell you that Vidyo works just as advertised. It allows you to not only capture your screen, but it also allows you to capture device audio and microphone audio simultaneously. 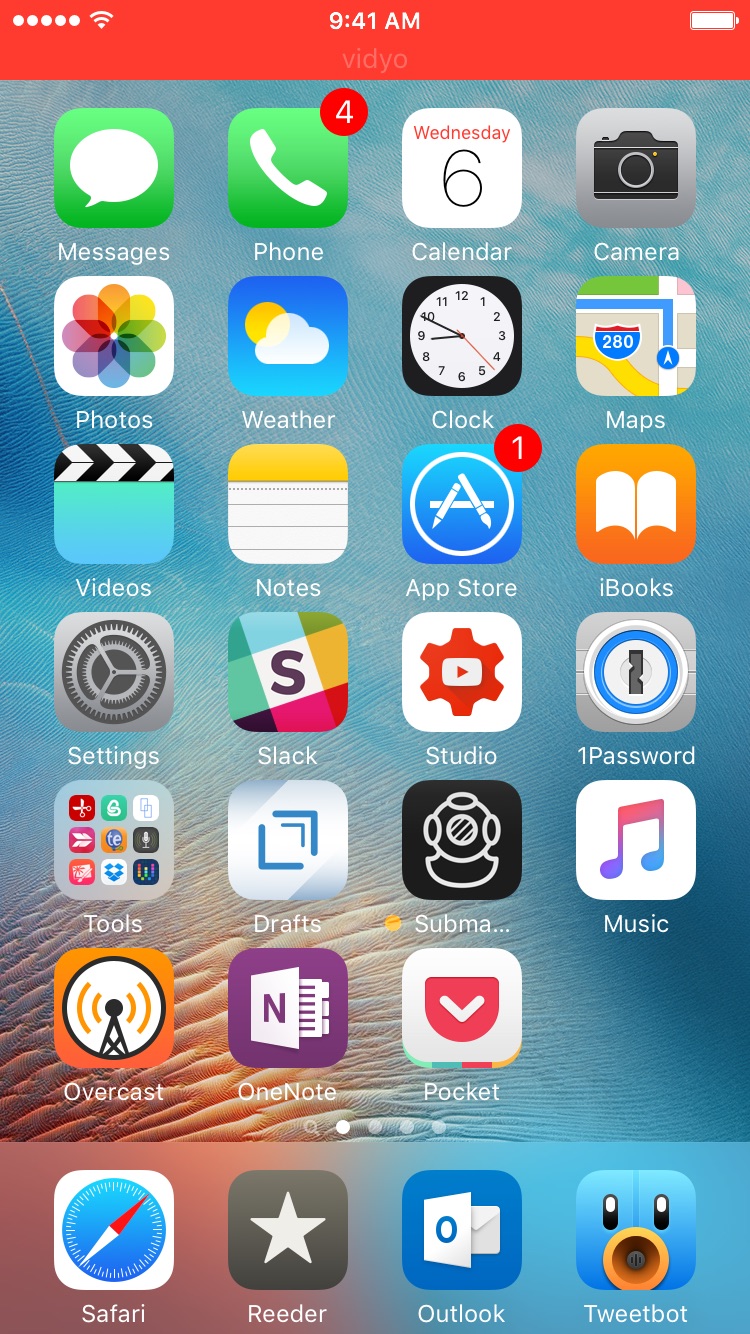 The only real downside that I can see from using Vidyo is that it’s obvious you’re using the app due to the status bar. Other than that small complaint, this app is ace. You can even select the FPS and resolution settings prior to capturing.

For those of you more into compiling the perfect capture, there are even options for enhanced post processing and audio mixing. Vidyo is an impressive app, it’s just too bad that its days on the App Store are limited.

If you decide to purchase the app, please know going in that it likely won’t see many updates unless Apple changes its stance. That said, there’s always a risk in purchasing an app that features a high probability of being removed.

Be sure to back up the IPA file via iTunes in order to keep Vidyo for the long haul. You can always reinstall the IPA and use it for as long as the current version will work with your iOS device.

Update: As expected, Apple pulled Vidyo! from the App Store. Were you able to get it before it was pulled?