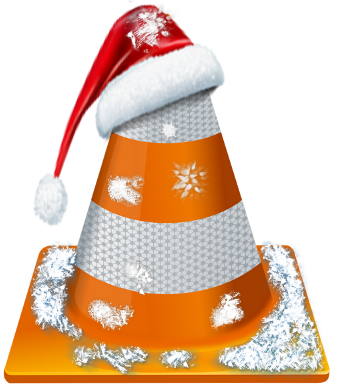 Cross-platform media player by VideoLAN, called VLC, has been rewritten from the ground up for watchOS 2. And on the iOS side, VLC comes with many new features.

VLC plays a variety of video/audio files in non-iOS-friendly formats without conversion, including MKV movies.

The app also includes support for multiple audio tracks with 5.1 surround sound and subtitle tracks. In addition, VLC for iOS has dropped support for iOS 6.1 and now requires an iPhone, iPod touch or iPad with iOS 7.0+.

UPDATE: The post originally stated that VLC is now available on the new Apple TV. Regrettably, that announcement was an oversight on part of VideoLAN, which has since removed mentions of the Apple TV app from their release notes.

“Of course we will release such an app, but it is still stuck in app review,” Felix Paul Kühne, developer of VLC’s ports to OS X and iOS, informed me via email.

Moreover, you can now use Touch ID to protect the app, configure gestures to navigate your media and search VLC content in iOS’s Spotlight Search right on the Home screen.

As a cherry on top, VLC now supports SMB file sharing and includes a completely rewritten watchOS 2 app for your Apple Watch. Due to adapted review guidelines, the app is now branded “VLC for Mobile” on the App Store.

VLC is coming soon to the 4th generation Apple TV.

Here’s everything new in this release of VLC:

VLC for iOS requires an iPhone, iPod touch or iPad with iOS 7.0 or later. VLC for Apple Watch requires watchOS 2.

VLC for iOS and watchOS 2 is a free download in the App Store.