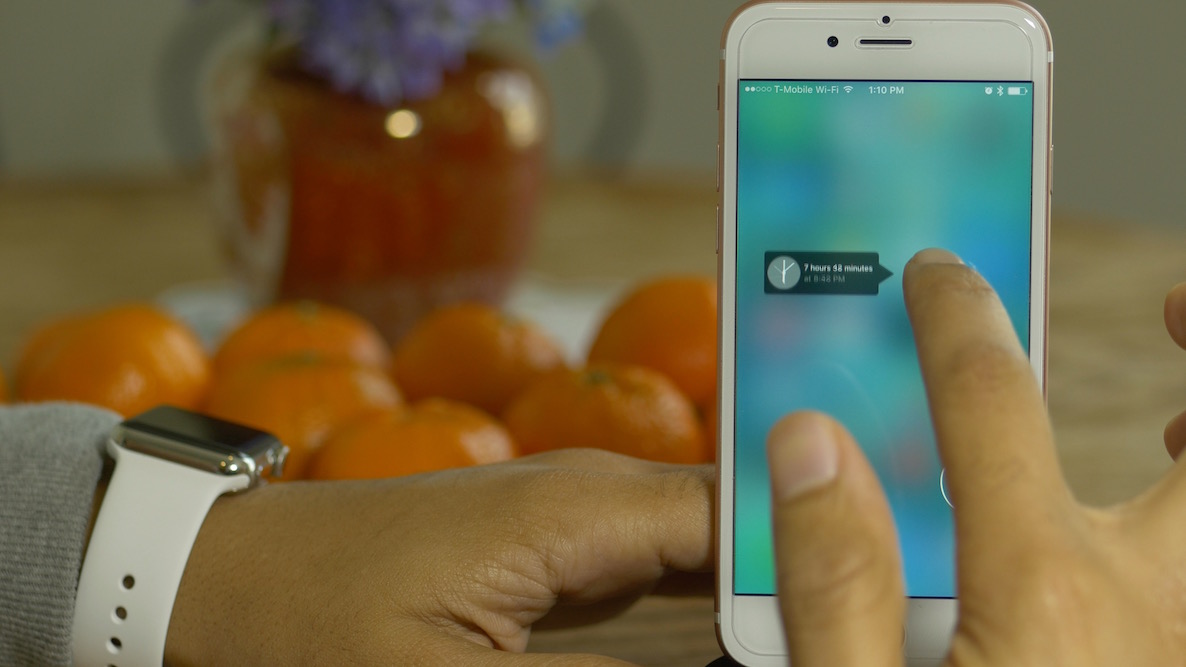 Tether is a new $0.99 jailbreak tweak from Philip Tennen and Evan Luther, and it’s pretty awesome. I like this tweak, not so much for what it does, although that’s handy as well, but I like it for its originality.

By using a 3D Touch gesture on the Home screen, you can invoke the Tether interface. Tether’s interface consists of a clock-like glyph with a line extending from it. As you drag your finger away from the point of origin, you’ll see a small time readout spell out a future time. The further your finger is away from the origination point, the further in time your tether will be.

When you release your finger, you have the option to set up an Alarm, Reminder, or Calendar event at the specific time that you selected. If it all sounds  little confusing, it’s because it’s much easier to explain by watching it in action. With that in mind, have a look at our hands-on video walkthrough for all of the details.

Once you install Tether, it starts working immediately. There are no options to configure and no preference panels to visit.

If you have a 3D Touch enabled device, simply 3D Touch on a blank portion of the Home screen to invoke Tether. As you drag your finger, you’ll feel the haptic feedback emit from the iPhone. If you’re using an older device, no need to worry; a simply triple-tap-and-hold gesture will get you going.

Tether is one of those unique tweaks that’s easy to love due to its originality, but I find it useful as well, especially for setting quick Alarms.

If you want to try Tether, head over to the BigBoss repo where it can be had for $0.99. If you can, I recommend that you support developers that aren’t afraid to try out new things. What do you say?