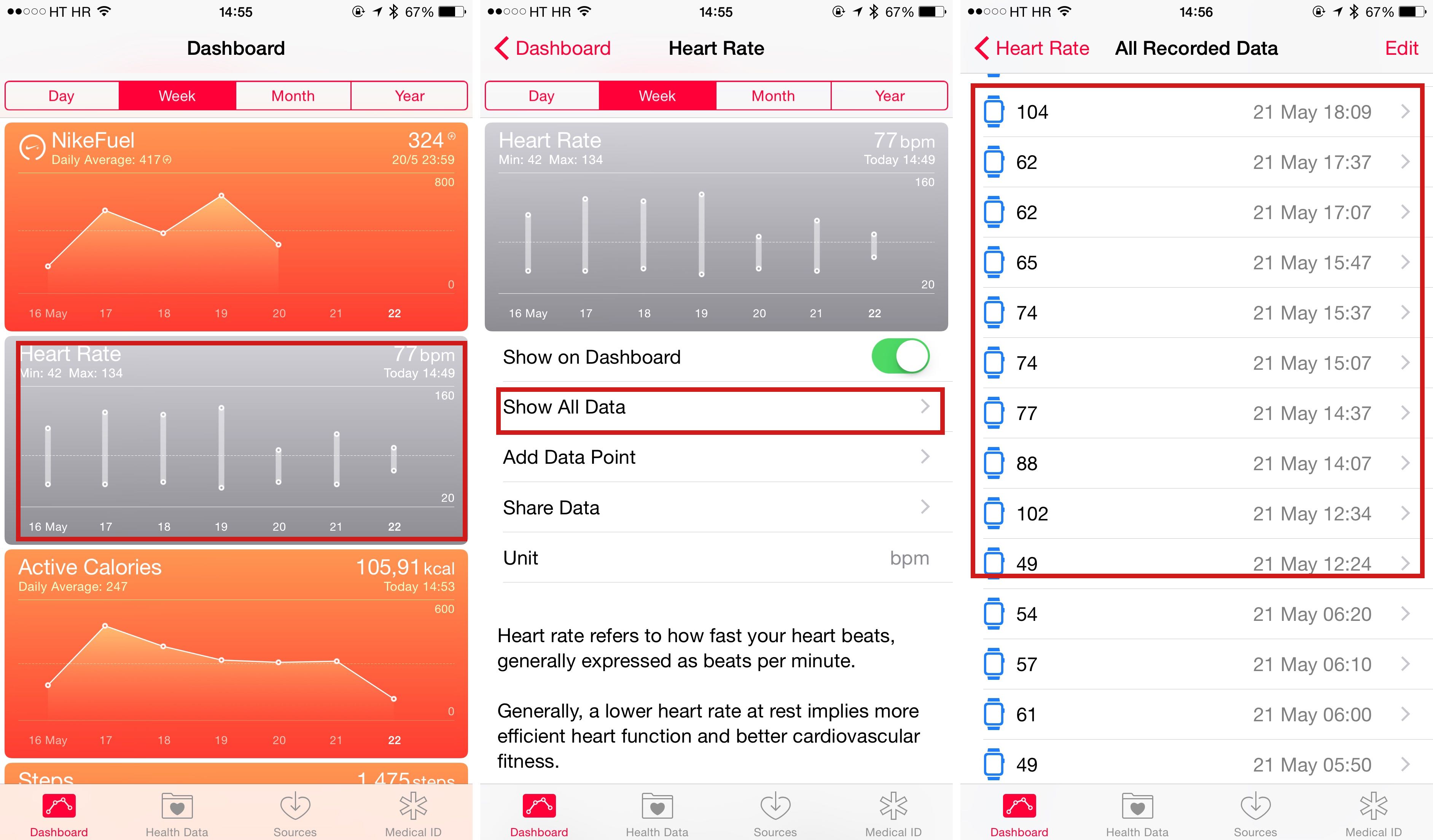 Since the release of Watch OS 1.0.1, users have reported that the frequency of heart rate measurements was less consistent than before the update, but in a support document updated today, Apple notes that it is an intended feature, rather than a bug.

The support document, first spotted by 9to5mac, notes that “Apple Watch attempts to measure your heart rate every 10 minutes, but won’t record it when you’re in motion or your arm is moving,” essentially saying that the lack or heart rate recordings for extended periods of time is an intentional feature of the device.

Prior to the software update, Apple Watch would check heart rate every 10 minutes or so, depicting a consistent picture of a user’s vital throughout the day.

We’re not sure what the reason behind this change is. Some attribute it to the fact that Apple wants to be even more conservative on power management, but heart rate measurements at 10 minutes intervals had a negligible impact on battery life to begin with.

Of course, when using the Workout app to track physical activity, Apple Watch will still check your heart rate every five seconds or so, effectively providing a consistent measurement. You just won’t get anywhere near the same consistency throughout your day when you’re not actively tracking your activity.