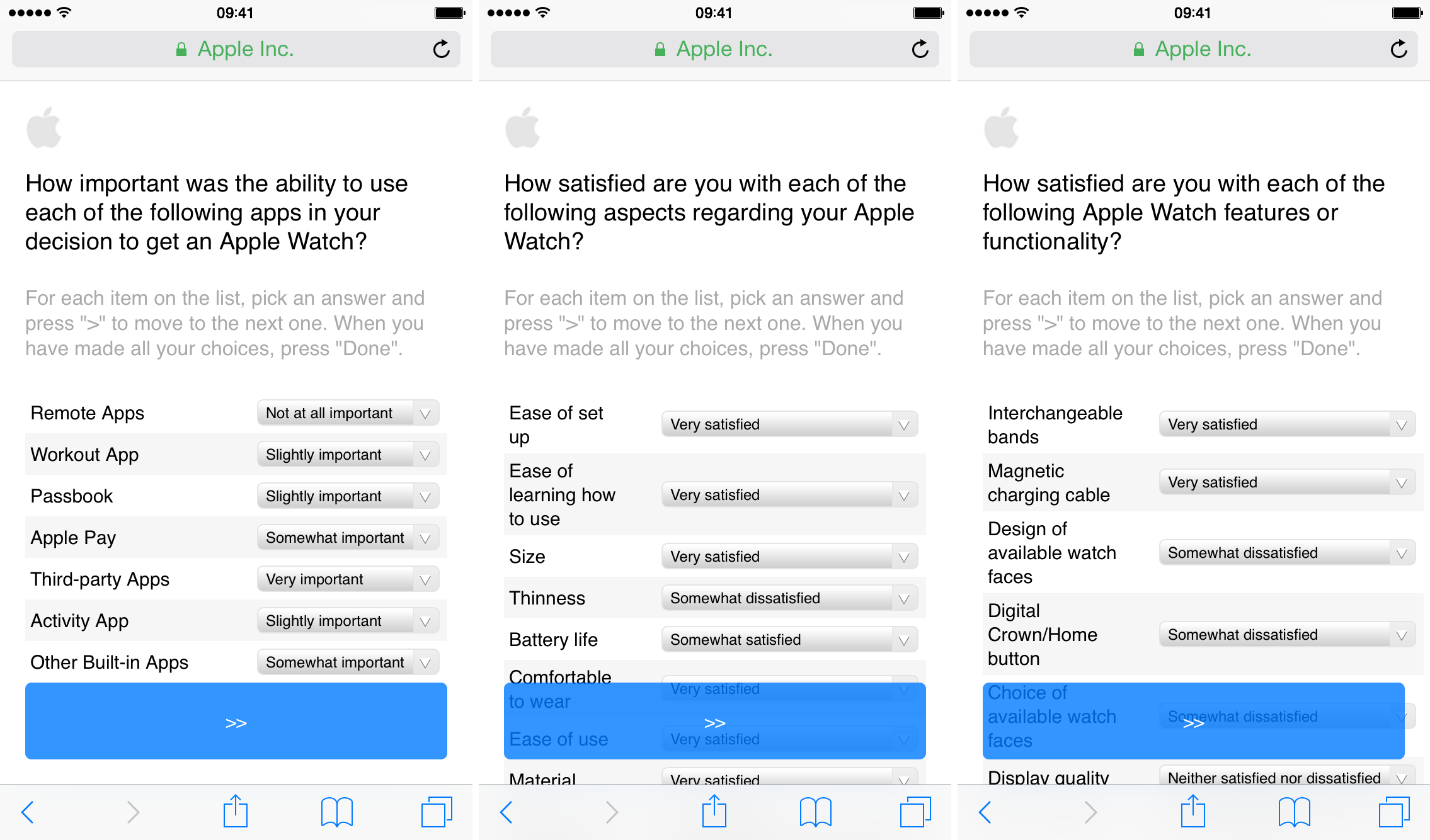 Apple has begun emailing Apple Watch owners, asking for their feedback on the just-released wearable. The email requests that users take a lengthy (took us about 15 minutes) survey, in which it asks a wide variety of questions regarding their reasons for purchasing the device, and satisfaction with it thus far.

The survey is interesting because Apple doesn’t typically employ market research—we have seen questionnaires in the past, but it’s not a frequent thing. Steve Jobs famously loathed the practice, telling Fortune in 2008 “We do no market research. We don’t hire consultants. We just want to make great products.”

That’s not to say that the company has never asked for customer feedback—a quick Google search will tell you that’s not the case. But sending out such a tedious and detailed survey about a just-released product, which has thus far received very polarizing reviews, is much more than a “tell us how we’re doing.” 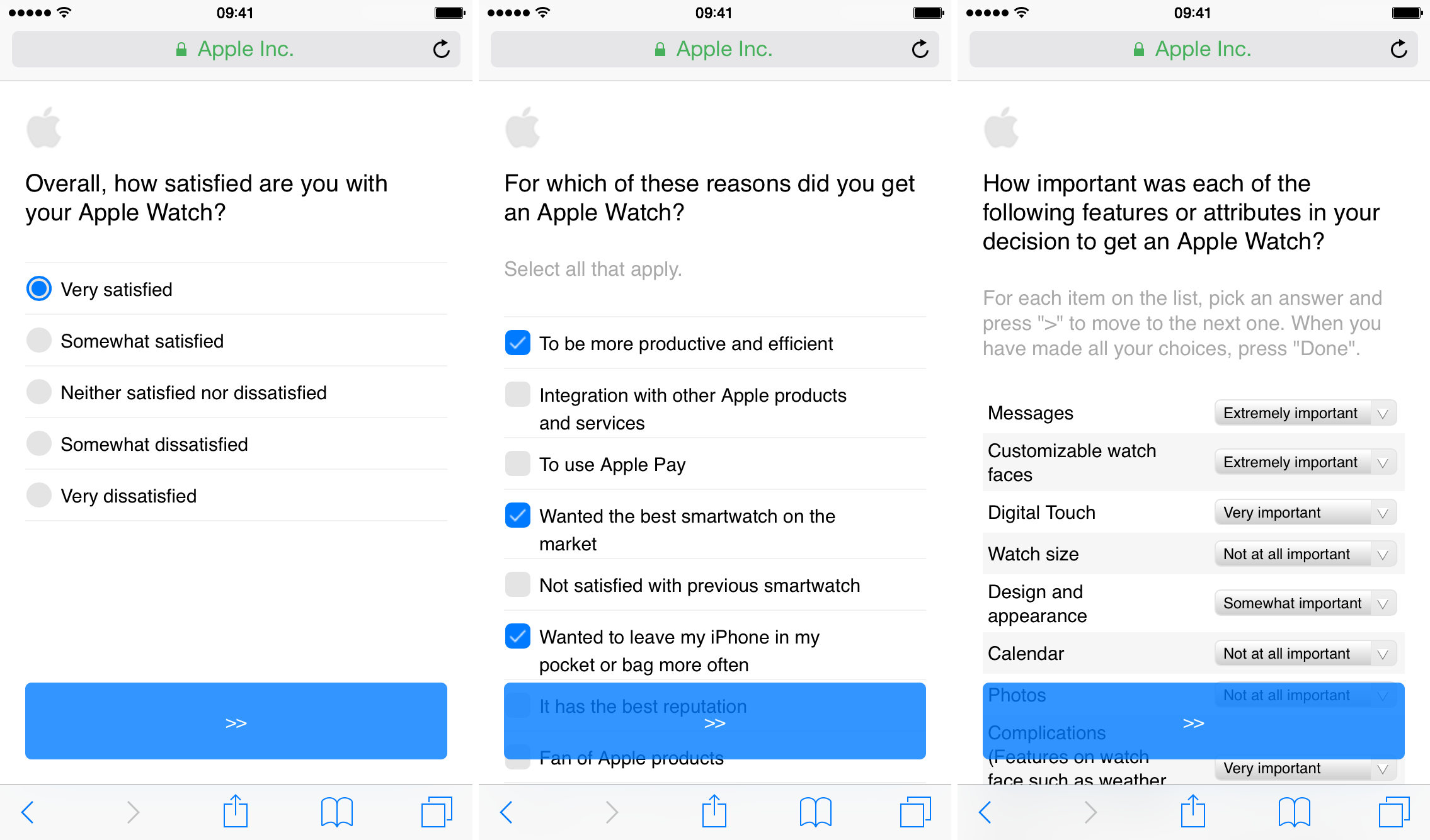 In addition to the email blasts, Apple has also apparently asked customer service reps to garner customer feedback on Apple Watch. Customers calling in to add Apple Care to their Watches say that they were asked at least a dozen questions about their new device—some to the point that it became an annoyance.

Since the Apple Watch officially became available to order on April 10, Apple has been fairly quiet about sales figures, opting instead to offer up vague comments like “reaction to the smartwatch has been extraordinary.” Regardless, despite supply shortages, analysts have estimated that early sales topped 2 million.