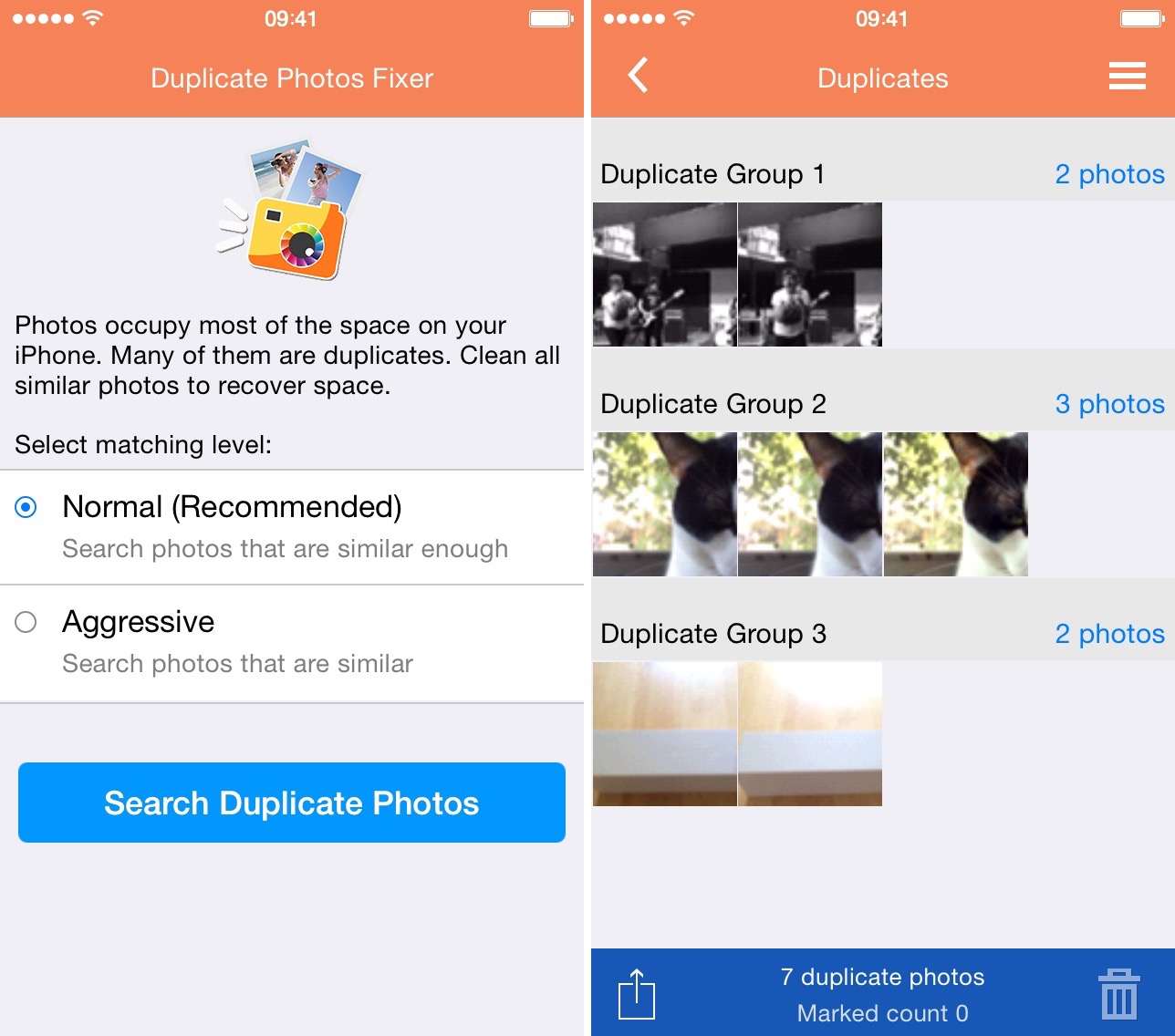 I don’t know about you, but when I’m taking pictures, I always snap at least three shots. You never know when someone is going to blink or if a smile is going to get bigger. I like to grab a bunch of shots, weed out the perfect one, and get rid of the rest.

Duplicate Photos Fixer is perfect for the last two activities I mentioned above. Take a series of pictures. Then, let this app group up like photos so you can pick the best one and toss the rest in a few seconds.

Once you perform a search, a list of similar pictures will appear, gathered together by likeness groupings. All pictures in each grouping are so similar that the app has determined that you will probably want to delete all but one of them. 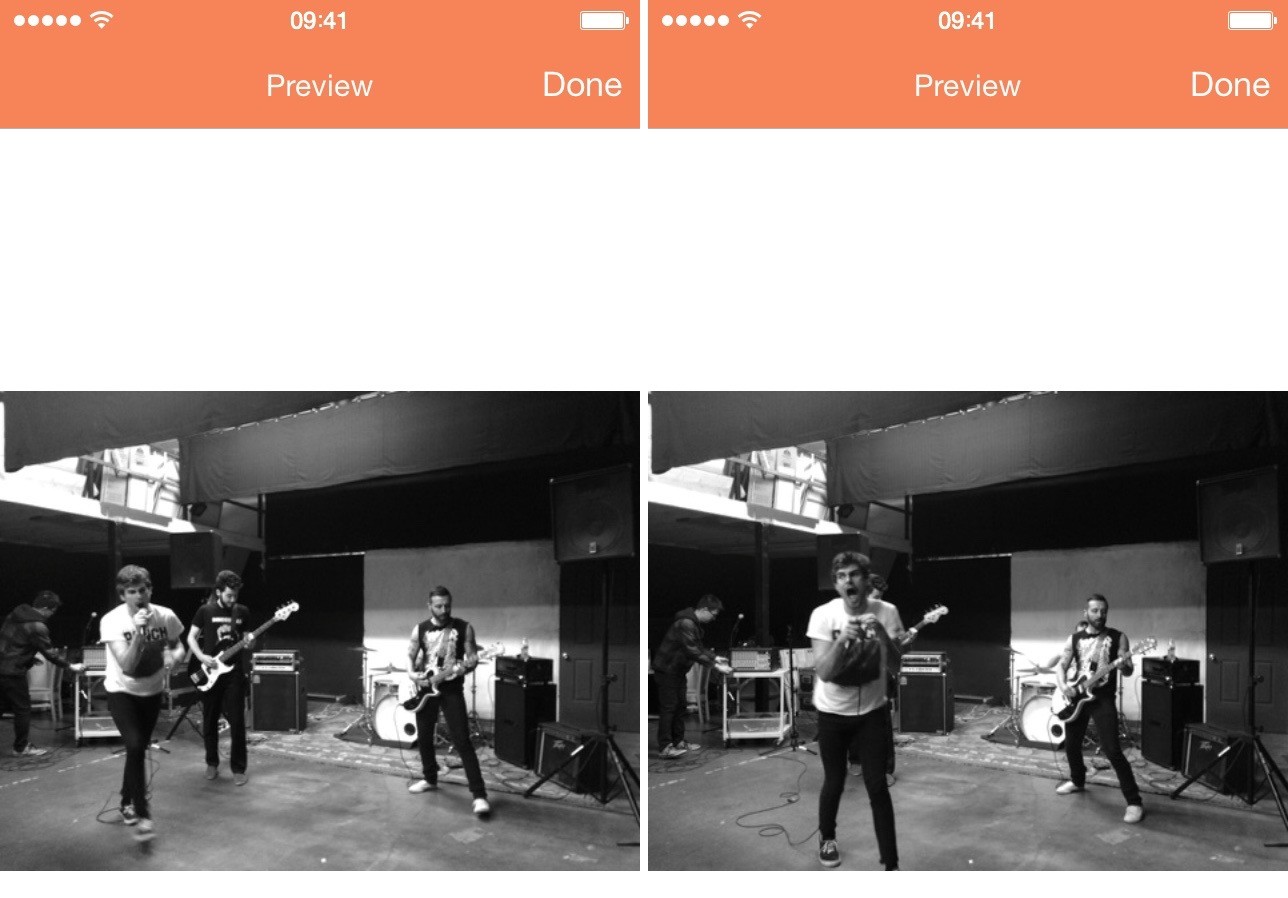 You can preview each picture to determine which is the best by long-pressing any picture. Once you have decided which one you like the best, select all others in the group and tap the trashcan icon to throw away the duplicates.

You can also set the app to automatically select the first picture from each group to keep. Auto Mark will prepare all but one picture in each grouping to recommend that you trash. However, you can manually change which picture you wish to keep.

You don’t have to throw away all but one picture either. You can toss or keep as many pictures in each grouping as you want, except all of them. The app is designed to find the duplicates. So, you won’t be able to throw away every picture in a grouping. You’ll have to keep at least one per group. 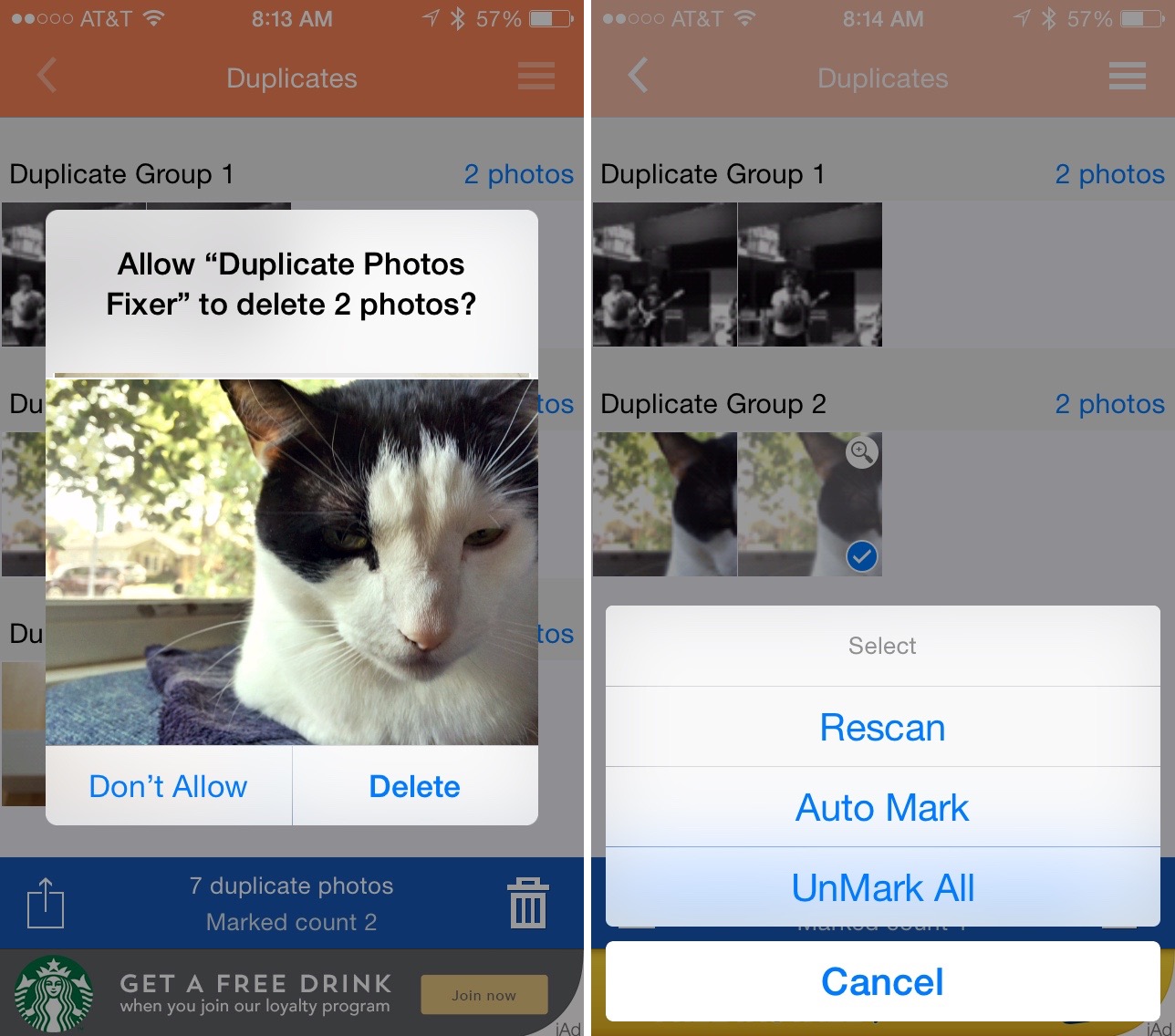 It appears that the app will only scan JPEG files. I had a few dozen screenshots on my iPhone that are pretty much exactly alike, but were not included in the duplicate scan.

Duplicate Photo Fixer is free and advertisement supported with no option to remove ads via in-app purchase. Download it in the App Store today.

What do you think of this duplicate photo finder? Let us know in the comments below.